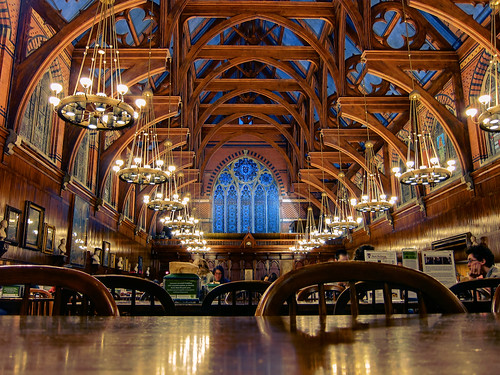 The FTC has weighed in on the bankruptcy proceedings for ConnectEDU, expressing concern that the data of some 20 million students might not be protected.

Stuart Magruder, an LA architect who’s been an outspoken opponent of LAUSD’s plans to use school construction bonds to pay for its iPad initiative, found his reappointment to the LAUSD school board blocked by other board members.

“Public elementary and secondary education revenue declined in fiscal year 2012 for the first time since 1977, when the US Census Bureau began collecting public education finance data on an annual basis.” More via the Census Bureau.

Sally Vogl-Bauer, a professor of communications at University of Wisconsin, Whitewater, is suing a student for defamation over his online comments about her teaching.

The US Department of Education is not ready to release its college rankings system. Yet.

It’s always fascinating to see what comes up under the Google Alert for “hack education.” This week, it was the guilty plea by Ariel Manuel Friedler, the CEO of the ed-tech company Symplicity. Friedler plead guilty to “charges related to hacking into the private networks of two competitors.”

MOOCs and Other Online Courses

“Harvard goes all in for online courses.” “HarvardX spends about $75,000 to $150,000 developing each new MOOC, officials said.” Because Harvard.

The Queen Rania Foundation officially launches Edraak, “a MOOC Portal for the Arab World,” in conjunction with edX.

2U announced that students who are enrolled in one of their partner school’s graduate programs can take classes from other 2U partners.

The Chronicle of Higher Education looks at the University of Florida’s online push.

“The Arizona Department of Education has granted Blackboard Inc. a five-year contract to support more than 60,000 educators for online learning and collaboration. The contract is valued at $767,000 over the first four years, with the fifth year price negotiated at the time of renewal,” says EdWeek.

Paris Gray, vice president of her about-to-graduate class, was suspended because of her quote in the school yearbook: “When the going gets tough, just remember to Barium, Carbon, Potassium, Thorium, Astatine, Arsenic, Sulfur, Uranium, Phosphorus.” It took the school a while to decode her message, but when they did, they were angry that she was smart and because she was female and black, they felt compelled to punish her, I guess.

Faculty at Middlebury College want to sever ties with K12 Inc, according to The Chronicle of Higher Education.

“The San Jose, Calif., campus of Bryman College, which is operated by a for-profit higher-education company known as BioHealth College, was closed abruptly on Monday after being served with an eviction notice,” says The Chronicle of Higher Education.

The for-profit university Minerva has awarded Harvard professor Eric Mazur its $500,000 prize for education innovation for his development of “peer instruction.” Because Harvard.

Boston Public Schools is “reorganizing” and eliminating the departments of history and social sciences in all schools, bringing them along with English and language arts into a “humanities department.” Because CCSS.

School and Student and Other Edu Informant Data

The American Institutes for Research, a major testing organization, has suffered a data breach, reports EdWeek. The personal information of about 6500 current and former employees was hacked.

Facebook announced its new “privacy” mascot: a cartoon dinosaur. For the sake of the children, I’m sure.

The Police Services of Northern Ireland are seeking the entire archive from Boston College of an oral history project about “The Troubles.”

The fallout continues from last week’s firing of a University of Saskatchewan tenured professor. This week, the provost resigned. The VP of Academic Design resigned. And then the board of governors fired the university president.

“The State Employees Association of North Carolina voted Friday to allow student-athletes at the state’s public universities to join the union,” reports The Wire.

Adjuncts at Mills College vote to form a union.

The Smithsonian Museum has acquired the archives of Mr. Wizard.

I joined the Authors Alliance.

“The World’s First Google Learning Space!” proclaims Google. Folks on Google+ love the idea. And the beat goes on.

Knewton has partnered with another publisher – this time Norwegian publisher Gyldendal.

Tabtor got a write-up in The New York Times.

The Bluebook: A Plot Summary - on The Harvard Law Review’s refusal to allow Bluebook support in Zotero, an open source citation tool. Because Harvard.

GEDs and PhDs: a crowdfunding campaign that will “pay for high school equivalency exams and provide free tutoring to low-wage workers. We pay low-wage professors a high hourly rate to tutor workers.” I heart this project so much.

Teachers Pay Teachers has raised a round of VC funding. No details on the amount.

Edukwest reports that Third Space Learning (formerly known as KnowMaths) has rasied a £750,000 angel round of funding.

Pearson is investing in eAdvance and Zaya Labs, “education businesses in South Africa and India focused on increasing access to education at low cost.”

Apollo Global Education (parent company of the University of Phoenix) is also investing in South Africa, acquiring an 81% stake in Milpark Education for $25.6 million.

The VC firm North Atlantic Capital Corporation is buying some of in-bankruptcy ConnectEDU’s assets – specifically Academic Management Systems and its CoursEval software line. (See above for the FTC’s concerns about student data here.)

Bloomberg Businessweek reports that, “Bobby Turner, who runs a school-construction fund with tennis champion Andre Agassi, has started a new firm seeking to raise as much as $1 billion for charter schools, workforce housing and health-care facilities.” (I totally read that as workhousing. LOL?)

Edukwest suggests that Google’s recent acquisition of Divide will “boost BYOD in schools.”

“At the 25 public universities with the highest-paid presidents, both student debt and the use of part-time adjunct faculty grew far faster than at the average state university from 2005 to 2012, according to a new study by the Institute for Policy Studies,” says The New York Times.

“Who Gets to Graduate?” asks Paul Tough in the NYT. “Whether a student graduates or not seems to depend today almost entirely on just one factor — how much money his or her parents make.”

Ben Schmidt, as always, is particularly helpful in working through the data surrounding college majors – this time with an eye to gender and income.

“Recent black college grads ages 22 to 27 have an unemployment rate of 12.4 percent, more than double the 5.6 percent unemployed among all college grads in that demographic and almost a threefold increase from the 2007 level of 4.6 percent, before the Great Recession took its toll on the U.S. economy. More than half of black graduates, 55.9 percent, are underemployed.” More via the Center for Economic Policy and Research (via Al Jazeera).

Jotted down in a notebook where I am tracking what are perhaps the “Top Ed-Tech Trends of 2014,” I have “job recruitment.” Inside Higher Ed provides some confirmation that this might indeed be a trend.

"Skills, education, and the rise of earnings inequality among the ’other 99 percent’”

Anya Kamenetz (who’s part of a new NPR Education team) writes about a recent study on “mischievous responders,” teens who purposefully make up answers to surveys for the lulz.