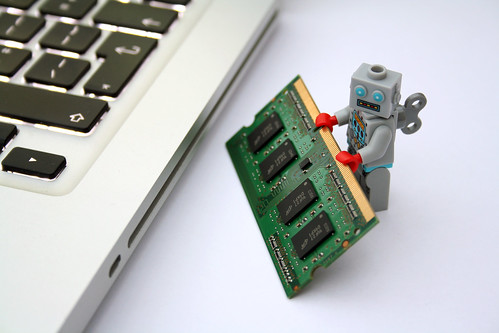 What You Should Know This Week: a California judge handed down a ruling in Vergara v California, delivering a blow to teachers’ unions in the state by overturning 5 laws that deal with tenure and seniority. I think every edu pundit and politician has weighed in by now. A few: John Merrow, Stephanie Simon, Dana Goldstein, Kevin Carey, Benjamin Riley, Randi Weingarten, Jeb Bush.

Eileen DiNino of Reading, Pennsylvania died in jail where she was being held because she could not afford to pay the fines related to her children’s truancy. Debtors’ prisons. Yes, we have them.

The Second Circuit of the US Court of Appeals upheld an earlier ruling in Author’s Guild et al. vs HathiTrust et al, affirming that digitization for full-text search and access for print-disabled readers is fair use.

The US Senate defeated a proposal by Elizabeth Warren to allow borrowers to refinance their student loans at lower interest rates.

On the heels of an viral article in The Washington Post about “How Bill Gates Pulled Off the Swift Common Core Revolution,” the Gates Foundation now says we should slow down with teacher evaluation systems based on the Common Core. Let’s see if philanthropy shapes policy here, eh?

President Obama unveiled a new portal for ConnectED, his E-rate project that aims to involve the tech sector in helping to boost schools’ and libraries’ Internet and tech capabilities. The program will have a new “E-rate specialist,” reports Education Week, which will be funded by the Broad Foundation. Because hey! Look! Philanthropy shapes policy. The New York Times has a puff piece on the FCC’s plans for better WiFi access in schools, with nary a mention of Net Neutrality.

Obama invited Tumblr founder David Karp to the White House this week, where we learned that his daughter Sasha has been violating the site’s TOS (and COPPA) by using Tumblr before she turned 13. But hey, what’s a little violation of the Computer Fraud and Abuse Act among friends, right?

The US House of Representatives has delayed voting on a bill that would allow schools to opt out of nutritional standards in school lunches.

House Majority leader Eric Cantor (R-VA) was defeated in a primary race this week – normally not something I’d report (even though Cantor has been a major supporter of charter schools and vouchers). But I guess this counts as “education news” as the candidates for his seat – Tea Party-backed Republican David Brat and his Democratic opponent Jack Trammell – are both professors at Randolph Macon College.

Former UNC basketball star Rashad McCants claims that he took “paper classes” at the school in order to maintain eligibility. (These classes required only writing a term paper, which was actually written by a tutor.)

Julius Nyang’oro, a former chair of the UNC’s department of African and Afro-American studies, will cooperate with an investigation into academic fraud related to student athletes.

The class action lawsuit by student athletes against the NCAA started this week. A primer.

MOOCs and Other Online Endeavors

As professors and members of the academy, we want to support faculty and universities by ensuring that universities and their faculty stay in control of the content, data, relationships, and reputations that we create. As we look at the rapidly emerging infrastructure that enables digital learning, we want to bias things in the direction of open standards, interoperability, and scale. Unizin is about tipping the table in favor of the academy by collectively owning (buying, developing, and connecting) the essential infrastructure that enables digital learning on our campuses and beyond.

The platform for Unizin will be Instructure Canvas, because ”banding together" to resist outsourcing definitely starts with a shared LMS made by a third party vendor. Viva la resistance.

Reports from the MOOC Research Initiative

8 Things You Should Know about MOOCs

Marilee Jones, the dean of admissions at MIT, has resigned after admitting she’d made up her education credentials.

Pretty sure Mike Malone is gonna land this job at Santa Clara University since it was written just for him.

Jane Mendillo, the manager of Harvard’s endowment, will step down at the end of the year. Harvard has a $32.7 billion endowment but its performance has “fallen short,” says The New York Times.

Attorney and VC Miriam Rivera has joined the Minerva Project as COO.

The City College of San Francisco has won a reprieve in its battle over accreditation, which was supposed to be revoked this summer. Now the Accrediting Commission for Community and Junior Colleges has shifted its rules, making it possible for CCSF to keep its doors open – a move that isn’t terribly surprising considering how politically charged this issue has become.

“24 Georgia Middle-Schoolers Suspended For Talking About Dress-Code Insubordination on Facebook” – the principal called their plans a “terrorist threat.”

An admin at the University of Virginia Law School accidentally emailed a spreadsheet to a student listserv containing “each student’s grade-point average, class rank, political affiliation, and much more.” Oops.

The Jersey City school district is investigating how a charter school got its hands on personal information of students in the district, including “students’ names, addresses, phone numbers, dates of birth and possibly even social security numbers.”

Meanwhile… “A Company Has Designed A Bulletproof Blanket To Protect Kids During School Shootings.” Because what else could we possibly do to stop the madness of gun violence?!

No, a chatbot did not pass the Turing Test. (Perhaps all the journalists who parroted the news fell for the story, not because AI is getting better but because humans - particularly journalists - are becoming more robotic.)

Anonymous messaging app Secret says it plans to expand into schools which is such a mindblowingly awful idea I don’t even know where to start.

LMS provider Schoology has won a major contract to “provide a platform to deliver academic content” under Uruguay’s Plan Ceibal, an effort to offer a 1:1 computing program to 600,000 students in the country.

The University of Mary Washington’s Division of Teaching and Learning Technologies unveil Domain of One’s Own 2.0 (with a lengthy video that chronicles this project’s history and future direction.)

Both ISTE Unplugged and ISTE have added Codes of Conduct that specifically address harassment at conferences. (Good job, team.)

A new series from Education Week: “Navigating the Ed-Tech Marketplace”

The United Negro College Fund has received a $25 million gift from the Koch Brothers, which considering the Koch Brothers’ funding of the Tea Party movement and of voter ID (voter suppression) laws, is fairly controversial.

Declara has raised another $9 million in investment for its online PD platform, bringing to $25 million total its Series A (and to $30 million total raised). Edsurge has a lengthy look at the company.

YouScience has raised $8.5 million to (according to its press release) “help consumers optimize their career and educational investments by delivering the best practices and market-leading EdTech tools directly to consumers and the professionals that serve them.”

“A new study suggests that it’s time to stop blaming professors (of any political leaning) for any leftward tilt that college students may show (and the study acknowledges that many do lean that way over the course of their college years). The influence is coming from students themselves,” Inside Higher Ed tells us.

Via The Atlantic: “A new study published online in Educational Evaluation and Policy Analysis, ‘Estimating the Effects of No Child Left Behind on Teachers and Their Work Environment,’ suggests that NCLB has not actually affected teacher happiness in these ways—on the contrary, some measures of job satisfaction, including classroom control and teachers’ perceptions of administrator support, have increased on average since the implementation of the legislation.” LOL ok.