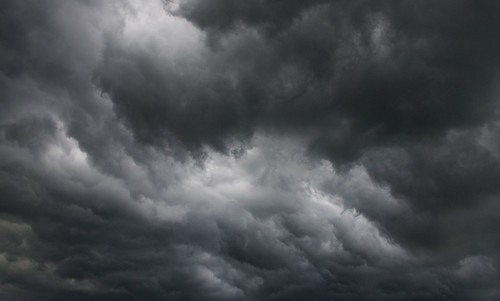 The US Department of Education announced changes to the oversight of special education programs. TL;DR: more testing.

The Department of Education had a little social media faux pas this week as it tried to promote students filling out their FAFSA forms.

According to Education Week, “Public charter schools are requesting 79 percent more per building from the federal E-rate program than traditional public schools are.”

Tennessee quits PARCC, one of the testing consortium for the Common Core. (“Is Common Core a tainted brand?” Is this really a divisive issue for Republicans?)

Racial profiling in Arizona strikes again. ASU Professor Ersula Ore was violently arrested by campus police for walking in the middle of the street on campus, so as to avoid construction. “ASU authorities have reviewed the circumstances surrounding the arrest and have found no evidence of inappropriate actions by the ASUPD.” WTF.

Here’s a closer look at the Starbucks / Arizona State University deal, further demonstrating that those who lauded the plan initially for offering free college tuition to Starbucks employees did not read the fine print.

A victory for privacy. The US Supreme Court has ruled that police may not search cellphones without a warrant. (Curious: how will this impact schools that say they’re free to search students’ cellphones?)

Rebekah Brooks, former head of News Corp’s UK publishing unit, was found not guilty of phone hacking, bribery and perverting the course of justice. Andy Coulson was found guilty of one charge. According to Bloomberg, the company might face corporate charges related to the phone hacking and bribery. No idea how that’ll affect the company’s education division, Amplify, since its head Joel Klein has been key in helping it negotiate some of these legal wranglings.

“Will SOOCs eat MOOCs for breakfast?” asks Pearson. Selectivity, the company argues, will address the question of “unwanted diversity.” Wow.

Via The Washington Post, “Richard C. Levin, the new chief executive of Coursera, the most widely used MOOC platform, wants to steer the conversation back to what grabbed public attention in the first place: the wow factor.” (Phil Hill responds.)

Carnegie Mellon has received funding from Google to research how to improve MOOCs.

A list of the 5 things researchers have discovered about MOOCs, via The Chronicle. What the media has learned: write about MOOCs. Because pageviews.

The City College of San Francisco will remain open and keep its accreditation.

The Department of Education and Corinthian Colleges have reached a deal to sell off or close “all of the publicly traded for-profit’s 107 campuses. In exchange the department freed up $16 million in frozen payments to the company, which owns the Heald College, Everest and WyoTech chains.”

Here’s what different academic institutions pay for academic journals. “Some universities are paying nearly twice what universities of seemingly similar size and research output pay for access to the very same journals.”

The University of California has ended its ban on investing in companies that were created from research done at the university.

Some investigative journalism from the Detroit Free Press about local charter schools. “Conflicts of interest at every turn.”

“An American student studying abroad in Germany captured the world’s attention yesterday by achieving the remarkable feat of getting himself stuck in a giant vagina sculpture and needing 22 firefighters to rescue him.”

Robert Morris University-Illinois will include video game playing its varsity sports program. Yes, there will be scholarships.

James Cunningham is suing the NCAA “alleging that it failed to protect college athletes from the long-term effects of concussive head injuries.”

Via Reuters: “A highly anticipated review of the child sex abuse case against Jerry Sandusky released on Monday found delays in prosecuting the former Penn State football coach but no evidence of political interference by Pennsylvania Governor Tom Corbett during his time as attorney general.”

WTF is this racist shit from the Educational Testing Service (ETS) and College Board?!

Workplace surveillance. Is this what ed-tech will bring to schools?

You can check out a drone from the library at The University of South Florida. What could possibly go wrong?

Thanks to grants from the Knight Foundation, the New York Public Library and Chicago’s public library system will launch programs that allow patrons to check out WiFi hotspots for up to a year. (This is a good time to remember: we need to be vigilant about what libraries filter – and sometimes over-filter – on their networks due to CIPA.)

The news we’ve all been waiting for: Pearson announces PowerSchool 8.0.

Or maybe this is the news we’ve all been waiting for: Second Life being rebuilt from the ground up, thanks to Oculus Rift.

Oh hey. It’s time for ISTE and ALA. ISTE has announced a number of new initiatives, including certification for teacher trainers. It’s scrapped its old journal Learning & Leading for a new one called Entrsekt. Um. Makes perfect sense.

Registration for Open Education 2014 is now open. And the conference has a new Code of Conduct.

Graduation Alliance, which offers intervention services to at-risk students, has acquired Connect!, a college planning portal from the now bankrupt ConnectEDU. Last month the FTC expressed concerns about the company’s bankruptcy, noting that it had not moved to protect users’ data from being sold off.

Dev Bootcamp, which helps people learn programming, has been acquired by Kaplan.

Fingerprint, which makes educational apps for kids, has raised $10.85 million. This brings to $20 million the total raised by the company.

StudyBlue has raised $1.7 million, bringing to $17.1 million total raised by the company.

Coursmos has raised $530,000 in seed funding for its e-learning platform.

Ed-tech investments in the second quarter of this year are down from Q1. Oh noes.

What You Should Know This Week (a regular EML feature): The Brookings Institution published a report doubting the notion that there really is a student loan crisis. The New York Times picked up on the story, so of course it’s true, right? Not so fast. The study’s “garbage,” says Choice Sicha. In fact, argues Malcolm Harris, there is a “college-cost denial industry.” And really: student debt isn't distributed equally. Here are “9 things people get wrong about student debt,” writes Libby Nelson.

What sorts of ethical guidelines should be in place for research about online learners?

Facebook scientists have published a paper detailing how they manipulated the news feed for more than 600,000 users in an attempt to determine whether this would affect their emotional state. Oh look. The algorithm they used has an education connection. Because of course it does.

The American Academy of Pediatrics recommends reading to children from birth.

In news that is probably not a surprise to anyone in education in NYC, a study has found that the city’s teachers did not really use the district-created Achievement Reporting and Innovation System (ARIS) Connect system, designed for them to share resources and information.

Standard & Poors released their latest ratings for charter schools. 19% are negative. 2% are positive.

“Should Principals Be Treated Like CEOs?” asks The Atlantic. Because “research.”

“Here’s How Not to Teach First Grade Math.” Research.