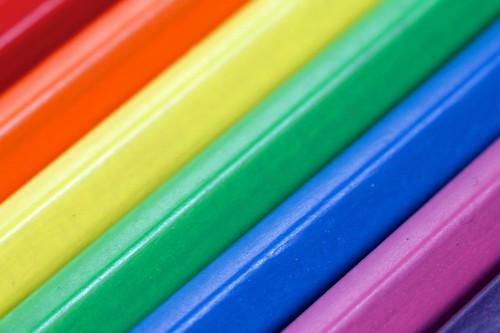 The US Supreme Court ruled in Harris v Quinn that a group of home health workers do not have to pay union dues if they don’t want to. Teachers’ collective bargaining rights will not be immediately impacted, say some observers.

The US Supreme Court also issued an unsigned opinion, saying that Wheaton College, a Christian college in Illinois, does not have to fill out the form to opt out of the Affordable Care Act’s mandates surrounding birth control. The opinion comes on the heels of the Court’s decision in Burwell v Hobby Lobby.

The New York Court of Appeals struck down an Albany County law that had made cyberbullying a crime, ruling that the law violated the First Amendment.

Interest rates on student loans have gone up. Thanks, Congress.

The Oklahoma Board of Education has terminated its contract with testing vendor CTB/McGraw Hill after the state experienced problems with online assessments for the second year in a row.

The New Mexico purchasing office has dismissed the protest filed by the American Institutes for Research that charged that the bidding process for the PARCC assessment contract (a contract won by Pearson) was unfair.

Alex Howard opens his article on the FCC’s proposed changes to E-Rate with his ability to watch the World Cup online while at his vacation home in Maine. I’m not sure it’s the right way to frame the issue of rural access to WiFi. Folks live and work and attend school in rural areas, not only vacation there. But once he gets into the heart of the issue, Howard’s article does a great job of explaining the costs of upgrading school and library infrastructure, as well as some of the concerns about the sustainability of the E-Rate program. And he certainly avoids framing the issue with the dismissive language that another technology blog does: “FCC Defends School Wi-Fi Plan as Teachers Unions Complain.”

LAUSD will allow 27 of its high schools to buy laptop computers instead of iPads. The new devices will cost $40 million. (That’s in addition to the $30 million contract the district signed with Apple last year. The entire cost of the project – to equip every student in the district with an iPad… computing device: $1 billion.)

“Two words are wrong in ‘MOOC’: Massive and open,” says Stanford President John Hennessy (in an article on Udacity’s nanodegrees), to which George Siemens had the perfect response.

“MOOCs in the developing world – Pros and cons”: "Unlike colonialism, Agarwal told the forum, MOOCs could boost human rights in some countries. ‘The numbers are staggering,’ he said. ’I’m really hard-pressed to understand how someone would say this is United States hegemony.’” Srsly?!

Arizona State University and the Thunderbird School of Global Management have reached a preliminary agreement to merge. (Last year the private non-profit business school tried to strike a partnership with the for-profit Laureate Education but that deal fell through.)

ASU has placed on paid administrative leave the campus police officer who stopped professor Ersula Ore for jaywalking, violently throwing her to the ground then charging her with assault. The university says a “preliminary review” has found no evidence of racial profiling or excessive force. Hmmm.

Buzzfeed tells the story of Maya Peterson who was forced to step down as the student body president of The Lawrenceville School, after posting photos of herself to Instagram that were deemed to mock her white male classmates. Peterson was the first Black woman to hold the position at the prestigious prep school.

The US Department of Education and Corinthian Colleges have reached an agreement over the closure and/or sale of the latter’s schools.

Wilberforce University, the oldest private HBCU in the US, is at risk of losing its accreditation.

Via Fast Company: “The Anti-Thiel Fellowship: $100,000 To Students Who Stay In School And Work On Their Ideas”

The charter school chain Rocketship is slowing its expansion, reports the San Jose Mercury News, detailing many of the problems that Rocketship is facing. “Teachers – who are at-will employees who can be fired at any time – also criticized Rocketship’s intolerance for dissent, saying it contributed to the disastrous redesign that placed 100 students in a classroom.”

The Chronicle of Higher Education reports that a security breach at Butler University might have leaked the personal information of some 163,000 students, alumni, and employees.

The NCAA has filed an amicus brief supporting Northwestern University’s attempt to appeal a regional NLRB ruling that said the school’s football players are university employees.

The NCAA says it’s reopening its investigation of the University of North Carolina’s academic violations.

Edshelf, a startup that aggregated and curated teachers’ reviews on educational apps, is closing its doors July 25. :(

Apple announced updates to iTunes U, coming July 8, which will allow course creation on the iPad (currently course creation is Web-only). Private iTunes U courses will now also have a discussion feature.

Apple also announced that E. O. Wilson’s Life on Earth (iTunes link) would be released as a free iBook, with an accompanying iTunes U course.

Hapara has released new tools as part of its Google Apps for Education management suite. More via Edsurge.

Houghton Mifflin Harcourt unveiled an LMS at ISTE. Because the one thing that’s gonna keep textbook publishers relevant is that. LOL.

Edmodo has released a premium feature, Snapshot for Schools, that gives schools and districts “a way to regularly gauge student progress on Common Core State Standards.”

Khan Academy, along with the Aspen Institute, has released new videos on the American Revolution.

The College Board has apologized for the racist t-shirt distributed to those who graded the AP World History test.

“The Trapper Keeper is back, but it carries tablets instead of homework.” Is this how disruptive innovation works, Professor Christensen? I forget...

Thanks in part to a $1 million donation from Seth MacFarlane, the Reading Rainbow Kickstarter campaign ended, setting the record for the most money raised on the crowdfunding platform: over $6 million.

Yik Yak, an anonymous messaging app aimed at colleges (which has been used for cyberbullying already – no surprise), has raised $10 million in Series A funding from Azure Capital Partners, Renren Lianhe Holdings, and Tim Draper.

STI has raised $3 million in funding (and formally announced the acquisition of three startups: Chalkable, Learning Earnings, and Spiral Universe).

Houghton Mifflin Harcourt has acquired SchoolChapters. According to the press release, “SchoolChapters allows both educators and students of all ages to document, record, and share learning artifacts and experiences, showcase knowledge and achievements, and align these portfolios to educational standards across the pre-K–12 and college spectrum.”

PNAS has issued an “editorial expression of concern” about the publication of the paper, detailing Facebook’s psychological experiments. (The experiment and the furor over it are the topic for “What You Should Know This Week” over on Educating Modern Learners.)

“Roughly 60 percent of K–12 officials surveyed by an industry group do not feel their schools have the bandwidth or devices to make them ready for summative, online testing,” reports EdWeek on a SIIA survey.

Education expert Bill Gates spoke to employees at the Los Alamos National Laboratory, touching on some of the reasons why ed-tech doesn’t work. “New technology to engage students holds some promise, but Gates says it tends to only benefit those who are motivated. ‘And the one thing we have a lot of in the United States is unmotivated students,’ Gates said.” Happy Fourth of July, my fellow lazy Americans.