Tablets vs Laptops: Why This Is (Often) The Wrong Debate 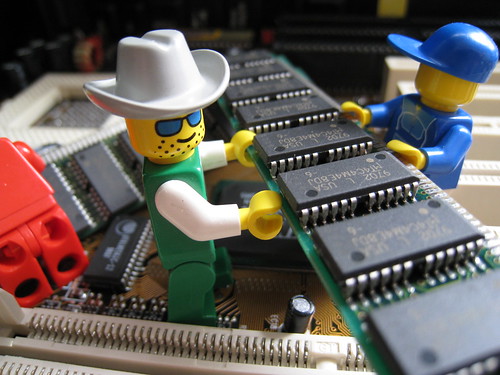 In 1972 the computer scientist and ed-tech pioneer Alan Kay published a manifesto, “A Personal Computer for Children of All Ages,” in which he described his vision for just that: a personal computer for everyone.

He called this personal computer the Dynabook. It would be no larger than a notebook, weigh less than 4 pounds, and connect to a network – all for a price tag of $500, which Kay explained at length is “not totally outrageous.” ($500 was slightly more expensive than the cost at the time of a color TV.)

Kay’s manifesto was written several decades after IBM’s CEO had purportedly insisted that there was “a world market for maybe five computers”; but while microcomputers were being built and sold in the early 1970s, it was primarily to businesses and to hobbyists. Kay envisioned something else altogether: a future in which everyone had their own computing device, a future — and this is key — in which children would be the leaders in transforming computing through their usage of technology.

“One would hope,” Kay argued, that personal computers ”would be both a medium for containing and expressing arbitrary symbolic notations, and also a collection of useful tools for manipulating these structures, with ways to add new tools to the repertoire.” That is, the personal computer would enable both algorithms and art, reading and writing — and the computer would be completely programmable by each person.

“It is now within the reach of current technology to give all the Beths and their dads a ‘Dynabook’ to use anytime, anywhere as they may wish,” Kay wrote in his manifesto. (Again remember: this was 1972.) "Although it can be used to communicate with others through the ‘knowledge utilities’ of the future such as a school ‘library’ (or business information system), we think that a large fraction of its use will involve reflexive communication of the owner with himself through this personal medium, much as paper and notebooks are currently used.“

Kay envisioned the Dynabook would be 12” x 9” x 1” with a stylus and a keyboard and enough storage for “about 500 ordinary book pages.” (He later worked on prototypes for the Dynabook while at the influential research site Xerox PARC.)

The (Lost) Legacy of the Dynabook

In some ways, Kay’s sketches for the Dynabook do look a lot like our modern-day tablet computers — a lot like the iPad even. (And it’s worth noting that Alan Kay did work at Apple in the 1980s under then CEO John Scully).

But as Kay has said in recent interviews, the iPad — indeed almost all of modern personal computing devices – is not the actualization of the Dynabook.

Kay told TIME magazine last year that the primary purpose of the Dynabook was “to simulate all existing media in an editable/authorable form in a highly portable networked (including wireless) form. The main point was for it to be able to qualitatively extend the notions of ‘reading, writing, sharing, publishing, etc. of ideas’ literacy to include the ’computer reading, writing, sharing, publishing of ideas’ that is the computer’s special province. For all media, the original intent was ’symmetric authoring and consuming’.” To put this in the terms of what’s been a perennial debate since the iPad’s launch, the Dynabook is meant for unrestricted ”creation“ and ”consumption." But it’s also meant for unrestricted programming, publishing and sharing.

“Isn’t it crystal clear,” Kay continued, ”that this last and most important service is quite lacking in today’s computing for the general public? Apple with the iPad and iPhone goes even further and does not allow children to download an Etoy made by another child somewhere in the world. This could not be farther from the original intentions of the entire ARPA-IPTO/PARC community in the ’60s and ’70s."

For Kay, the Dynabook was meant to help build capacity so that children (so that adults too) would fashion their own interactive learning tools as they created their own epistemology. The Dynabook was not simply about a new piece of hardware. Rather, it was about a powerful new literacy, a powerful new way of teaching and learning.

And this particular element of the Dynabook remains largely unrealized.

In part, that’s because education technology proponents have been distracted by the wrong questions. We remain caught up in debates over the merits of new various pieces of hardware: should schools purchase tablets or should they buy laptops? Which brand should they buy?

Indeed, to focus on the “look” of the Dynabook and highlight its physical similarity to a tablet (versus, say, the form of a laptop or desktop computer) is a bit of a red herring. It isn’t that the Dynabook’s design presages the iPad. That’s not the point. It’s that the vision of the Dynabook – a personal computing device that enables full control by a child – looks very little like the usage of ed-tech in most schools.

Often these debates seem to go on without consideration for the new literacies and new possibilities that personal computing can unfold.

That’s the problem with reducing this discussion to “tablets versus laptops.” Often these debates seem to go on without consideration for the new literacies and new possibilities that personal computing can unfold. They focus instead on costs or on technical specifications or on the available software or the increasingly hyped markets for education-related applications.

Alan Kay was clear in his 1972 manifesto that his Dynabook could be transformational. But the Dynabook was not transformational because it replicated any of these older educational practices.

“A Personal Computer for Everyone”

Kay’s work drew on that of Seymour Papert and the notion that computers could help with “teaching kids thinking.” That model of constructionism influenced Kay’s vision of the Dynabook:

Can they program the computer? Can they open it up? Can they personalize it? (One of the hot new buzzwords in education technology, we must ask too: what does “personalization” mean?) Is this truly a “personal computer”?

The Dynabook was meant to be just that. It was a vision to put a powerful computing device into the hands of children (and adults) so they could connect with one another, so they could explore the world, take notes, program a powerful machine, and be in control of their own learning while doing so.

Too often, debates about choosing laptops or choosing tablets ignores all of those considerations. They focus instead on what hardware or software might fit best with what schools already do instead of asking how kids might do something so much bigger if given the power – the hardware and the software and the literacy and the freedom.