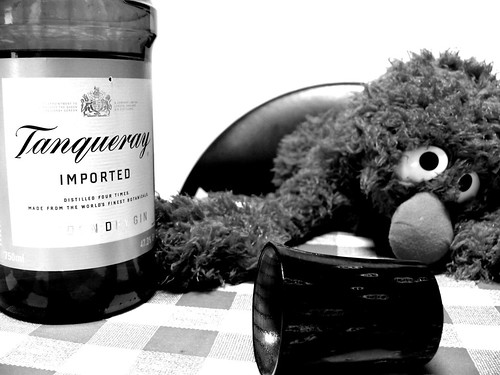 Rand Paul is planning “a major push on education reform, including ‘education choice, school choice, vouchers, charter schools, you name it — I think we need innovation,’” reports Politico. Among the innovations Paul likes: Khan Academy. “If you have one person in the country who is, like, the best at explaining calculus, that person maybe should teach every calculus class in the country.” Pando has a story on the libertarian conference held in Silicon Valley last weekend where Paul also spoke, praising Khan Academy again.

I forgot to note this momentous occasion last week: Michael Gove is no longer the British Secretary of State for Education. (He’s now the Chief Whip. And he’s still a total tool.)

The Department of Education issued new guidelines on how schools should handle telling parents about the data they collect on students.

A new privacy group launched this week, the Parent Coalition for Student Privacy. Among those in the coalition, Diane Ravitch, Leonie Haimson, the (anti-vaccine) Autism Action Network, the (anti-LGBTQ, anti-immigration, anti-public pension, anti-choice) American Principles Project, and Joy Pullmann the editor of School Reform News (who’s tweeted gems like this). As someone who spends a lot of time talking about student data and privacy, I am appalled by this “coalition,” and have to ask how anyone would expect some of these groups, which actively work against the civil rights of others, to defend all students’ rights to data and information or to privacy.

Oops. If you entered a dollar figure that included cents into the Income Earned From Work field of your FAFSA, the “system ignored the decimal point, converting an earned income of $5,000.19, for example, into $500,019.” The Department of Education will reprocess the 200,000-ish applications affected.

“The US House on Wednesday unanimously passed legislation boosting competency-based education and overwhelmingly approved an overhaul of how the Education Department discloses college data.” More details via Inside Higher Ed.

A fascinating story by Buzzfeed’s Rosie Gray on the religious Turkish Gülen movement, “a potent, and surprising, force in a set of obscure races for the House of Representatives.” Among other things, the group runs a network of charter schools.

Who will be the winners and losers from E-Rate “modernization,” asks Education Week. Winners: broadband providers and ed-tech companies. Congrats!

“Lawyers for a southwest Missouri school district being sued by the parents of a boy who killed himself last year have filed a request seeking all of the Facebook messages, photographs, videos and other communication saved by the student.” Good grief.

NRA commenter Billy Johnson says “competency with a gun should be a ‘necessary skill’ for children to be able to advance to the next grade in school, just like reading and writing.” ’Murica.

“Can MOOCs Motivate Personal Change?” (Parts 1 and 2) asks Harvard edu professor James E. Ryan. I’m not sure the answer as I was not motivated to read the articles.

There are now some BBC MOOCs.

Faculty use MOOC content in the classroom. Students are indifferent. Kanye shrug.

High school seniors in the US will once again take the Trends in International Mathematics and Science Study (TIMMS) test in math and physics. More tests! The kids are gonna be thrilled.

The University of Oregon police kept a “Eat a Bowl of Dicks List” for their enemies. Go Ducks.

TorrentFreak looks at what happens when students at LSU are accused of copyright infringement: “A first complaint sees a student kicked offline, with Internet access only restored after the completion of an educational course covering illegal file-sharing.” Second complaint: a $50 fine.

The Accrediting Commission for Community and Junior Colleges says that the City College of San Francisco is still failing to comply with accreditation standards. (A judge has delayed the organization’s revoking of accreditation until a trial can be held later this year.)

The for-profit BioHealth College Inc has filed for bankruptcy.

The for-profit Anthem Education may also be closing its doors.

From Taylor Branch: “NCAA to Congress: Change Is Coming.”

Division 1 athletes no longer have to sign away rights to their name and likeness. (This release is a key part of the lawsuit against the NCAA.)

60% of the top high school football recruits say that players should be allowed to unionize. 86% say they should receive a stipend.

Adjunct instructors at the the University of St. Thomas voted against unionization.

Amin Qazi has been named the CEO of the new digital learning consortium Unizin.

Via Inside Higher Ed: “In recent years, a handful of community colleges in [Michigan] have outsourced the recruitment and hiring of adjunct instructors – who make up the overwhelming majority of the community college teaching force – to an educational staffing company. Just last week, the faculty union at a sixth institution, Jackson College, signed a collective bargaining agreement allowing EDUStaff to take over adjunct hiring and payroll duties.”

From ProPublica: “What We Learned Investigating Unpaid Internships”

“A school which has asked parents to buy iPads for their children to use in class has been accused of creating a ‘two-tier’ education system in which pupils who can’t afford the gadgets are bullied by their richer peers.” BYOD equity fail.

Schools have bought more than 1 million Chromebooks in the second quarter of 2014, says Google.

Apple says it’s sold more than 13 million iPads to schools worldwide, up from 8 million in February 2013. iPad sales appear to be sluggish overall, but hey. Schools are still buying ’em.

A new littleBits module will connect your Internet of Things things to IFTTT.

Knewton has partnered with the Sesame Workshop. Sad Grover shrug.

Khan Academy has partnered with the British Museum.

Pearson is partnering with the Chicago startup “hub” 1871.

Language translation app Duolingo is launching Test Center, its language certification program. It’s starting with an English Proficiency Exam to “take on TOEFL” says Techcrunch, arguing that no one else has ever challenged the monopoly of ETS Global (the company behind the test).

Now teachers can share their ClassDojo behaviorist tracking with other teachers.

Amazon launched Amazon Kindle Unlimited, an e-book subscription service, prompting some assclown at Forbes to write “Close the Libraries and Buy Everyone an Amazon Kindle Subscription.” (Do not link.) The news is “What You Should Know This Week” over on EML.

George Kroner responds to giddiness about Blackboard’s latest offerings. I love this line: “With what is probably the largest single group of educational technology software developers working under one roof, the biggest struggles of the year simply should not have been to figure out how to remove a dependency on a Java applet or how to host an app server in Amazon.”

But there was no funding news this week? (Or none that I noted at least. Did the bubble burst?)

The University of Arkansas Department of Education Reform issued a report on “The Productivity of Charter Schools,” arguing that they are more efficient than regular public schools. It’s a good example of “advocacy research,” Ted Kolderie tells NPR.

A new report from the New America Foundation says blah blah blah Common Core college readiness blah blah blah universities need to do more. Or something along those lines.

The OECD has issued a report on “Measuring Innovation in Education.” My article on the report is behind the EML paywall. But here’s WaPo’s Valerie Strauss on the topic.

“The Broad Institute, a biomedical research center, announced a $650 million donation for psychiatric research from the Stanley Family Foundation — one of the largest private gifts ever for scientific research.”

“The NYT wrote more about Harvard last year than all community colleges combined.”

“Principals in US Are More Likely to Consider Their Students Poor”

This week in “no shit” science: Non-tenured teaching positions are linked to anxiety, stress and depression.

Research shows that Native American “team names and mascots can establish an unwelcome and hostile learning environment for AI/AN students. It also reveals that the presence of AI/AN mascots directly results in lower self-esteem and mental health for AI/AN adolescents and young adults.”

This Week in Plagiarism

12 year old Lauren Arrington made headlines with her science fair project on the invasive lionfish species. Turns out she lifted the research from “a grad student, Zack Jud, who published very similar results back in 2011 — work that Arrington’s father was an author on.”