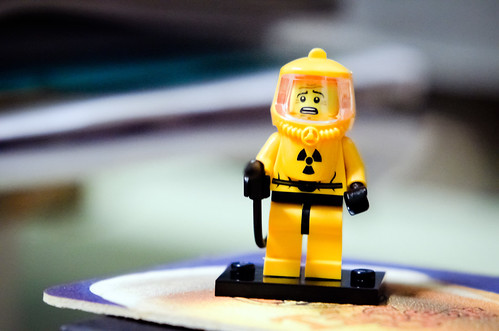 It looks like the Department of Education knew more about the state of Corinthian Colleges’ finances than it’s let on.

The Indiana Department of Education has reached a settlement with CTB/McGraw Hill, which will pay the state $3 million after tech glitches interrupted testing last year.

Montana Senator John Walsh has ended his re-election campaign after being caught in a plagiarism scandal (namely, plagiarizing more than a quarter of his master’s thesis at the Army War College.)

While I disagree with their edu politics, I can’t help but notice the sexist framing of many stories about Campbell Brown and Michelle Rhee.

An academic paper on MOOCs has found they “rely heavily on objectivist-individual teaching approach.” The paper will cost you $35.95 to access. Because nope. Not open.

P2PU and College Unbound are offering a class on “Writing for Change” (designed to help you learn grant and op-ed writing skills).

Congratulations, Syracuse University, on being named the number 1 party school in the US.

The phrase “digital native” appears in this story about a professor using Facebook in his classroom. So there’s that.

A two part guide (1, 2) from the EFF on using Tor – a “network of virtual tunnels that allows people and groups to improve their privacy and security on the Internet” – on college campuses.

MIT has released the report of the “Institute-wide Task Force on the Future of MIT Education.” (It’s this week’s “What You Should Know This Week” over on Educating Modern Learners.)

Ten students from Maynard Jackson High School in Atlanta treated for exposure to pepper-spray after a fight broke out between 2 students on a school bus headed home from school.

UT-Austin is reviewing its plans to create a tiered system for its WiFi network, charging students and faculty for high usage of bandwidth.

“A woman named Ivy, an elementary-school teacher from Summerville, South Carolina, is using material from a Rush Limbaugh book as part of the history curriculum for her third graders.” More via The Atlantic.

The NCAA has restructured its governance, “giving autonomy to the richest Division 1 leagues.”

Some universities are considering asking Congress to give the NCAA an antitrust exemption. You know, “for the sake of the students,” I’m sure.

University of Oregon president Michael Gottfredson suddenly resigned this week because he wants to spend more time with his family. Mmhmm. I’m sure it had nothing to do with his efforts to curb faculty free speech or the university’s questionable actions following a rape of a young woman by 3 of the school’s basketball players.

A job offer at the University of Illinois at Urbana-Champaign was rescinded after the candidate, Steven Salaita, was accused of “incivility in his criticisms of Israel.”

Adam Freed, a former COO at Etsy, is the new CEO of TeachersPayTeachers.

Kevin Modany, the CEO of ITT Educational Services, has announced his resignation.

Raymond Burse, the interim president at Kentucky State University, has given up $90,000 of his $350,000 salary in order to pay for a raise for the university’s minimum wage workers.

Nancy Sullivan, an adjunct instructor at Harold Washington College, was passed over for a full-time position at the school because of her age, according to a lawsuit filed by the Equal Employment Opportunity Commission.

Textbook rental company Chegg is partnering with Ingram Content Group which will handle the textbook distribution piece of the business so Chegg can focus on other things. "“We’ll get the [student] data, get the credit card, and market our other products,” CEO Dan Rosensweig told his investors on its earnings call.

In news that should surprise no one, “As Book Prices Drop, Big Publishers Push Into Software and Edtech.” Also, “Big Publishers See A Big Opportunity In Universal Pre-K.”

Here are the finalists for this year’s Google Science Fair.

DIY, a site that encourages young “makers” to share their projects with one another, has launched an “Extra Awesome” membership program. For $9 a month, you get a dashboard to track your kid’s projects and skills. Data dashboards: a great way to skew kids’ self-directed learning to meet the goals and ideology of grown-ups.

Techcrunch’s investment database Crunchbase has added a “business graph,” that allows you to see some of the connections among investors and companies. Here, for example, are some of the other ed-tech startups that investors in Edsurge have also funded.

1776, a DC-based startup incubator, is partnering with The Chronicle of Higher Education. "The Chronicle will provide our startups with the kind of expertise, connections, and institutional knowledge that they need to succeed in such a tough industry,” says co-founder Evan Burfield. Other 1776 partners include Booz Allen Hamilton and Pearson. Disruption!

Microsoft is discounting its Surface Pro 3 for education through September 3. The entry-level version will cost $649.

5000 new words will be added to the Official Scrabble Players Dictionary, including hashtag, selfie, and qajaq.

OpenStax is adapting its free digital textbooks for high schools. “The K–12 adaptation involves using ”machine learning“ within digital texts, so data is gathered and patterns recognized that will interpret a user’s behavior.”

“Even Babies Have Wearable Tech Now”

Long-time Education Week blogger Anthony Cody has left that site to launch his own edu news site, Living in Dialogue.

“Russian Hackers Amass Over a Billion Internet Passwords.” Maybe. The company that “discovered” this is charging people $120/month to see if their data has been compromised. Side eye.

There has been quite a bit of controversy (drama?) in the tech press in recent weeks over Secret, an “anonymous” messaging app. The company claims that it has a system in place to curb cyberbullying, but Fortune’s Dan Primack “tested Secret’s anti-bullying system… and it failed.”

Edmodo has raised a $30 million round of funding. (This brings to $87 million the total raised by the startup.) While Edmodo’s core product remains free (raising questions about how it will ever find a path to profitability), Edsurge reports that the company is now selling Edmodo PD to schools, as well as data dashboards to districts. Of note: none of the previous investors in Edmodo participated in this round. Unlike Edukwest’s Kirsten Winkler, I do not see an IPO in this company’s future.

Leapfrog has acquired Kidzui, which makes a web browser designed for kids.

“Dubai-based Growl Media, which develops culturally relevant educational entertainment content for kids across the world, has raised a Series A round from Auvest Group,” reports Edsurge.

Investment research firm CB Insights says that there are 60 ed-tech companies at risk of being “seed orphans” – that is, startups that have raised an initial round of funding but have not (cannot) raise a follow-on Series A round.

(Disclosure: my boyfriend) Kin Lane has released a report on API usage at universities in the US.

The Verizon Foundation and Digital Promise are funding a $10 million project for “a 1-to–1 technology effort in eight U.S. middle schools, providing students with 24–7 Internet access via a data plan for their tablets—while also providing research on the effectiveness of the implementation, and the devices used.” More via Education Week.

A survey of some 400+ recent graduates of “programming bootcamps” has found that some 63% of graduates are now employed as full-time, salaried programmers, and their salaries at their new jobs are up an average 44% from their previous positions. (OK. A job. Good pay. But here’s a reminder from Annie Murphy Paul about “bootcamp style learning.”)

The International Data Corporation has released a report on tablet sales which finds that while Apple still dominates the market, “sales by smaller vendors have reached an all-time high.” (The report, it should be noted, looks at the whole tablet market, not simply edu-related purchases.)

“Millennial” parents (those under age 34) are less satisfied with the availability and use of technology in schools than older parents, according to a survey conducted by the University of Southern California’s Annenberg School for Communication and Journalism.

Here’s what a whooping cough outbreak looks like in a school where the majority of students are not vaccinated.

Student loan debt is linked to lower levels of “well-being.” More on this “thriving gap” in The Chronicle of Higher Education.

The Pew Research Center asked 1896 “experts” about “AI, Robotics, and the Future of Jobs.”