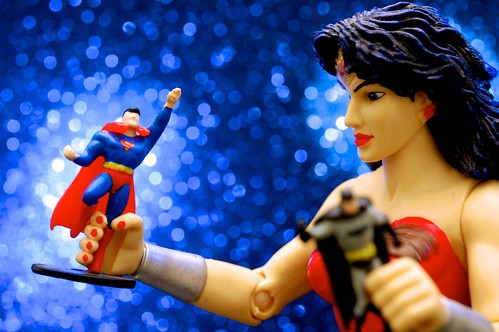 The first day of school was delayed for many, but that doesn’t mean teachers had the “day off.” (Good grief headline writers.) The Ferguson Public Library has become a “makeshift community school,” offering lessons, tutoring, meals, and childcare.

There are a number of fundraising initiatives to help support the community, including efforts to provide food for school-age children. Heck, even Mary Engelbreit (yes. that Mary Engelbreit) is helping raise money.

This school year at Normandy was already going to be a challenge. The district lost its state accreditation in 2012 in the wake of steadily falling revenues, plummeting graduation rates—among the lowest in the state—and excessive disciplinary actions. Students in the district, where over ninety percent of children are eligible for free meals, were allowed to leave Normandy to attend other nearby schools; hundreds did. Now, they’ve been required to return after the state department of education this year took control of the school administration and forced all teachers to reapply for their jobs. Forty percent of teachers were not asked to return.

In nearby Edwardsville, teachers have been instructed to avoid discussing Ferguson events with students.

The first black superintendent of the Ferguson-Florissant Schools talks about institutional racism in the district and why he was forced to resign.

A shout-out to University of St. Louis-Missouri grad student Mustafa Hussein for livestreaming the events from Ferguson via Argus Radio.

Nearby campuses have “beefed up security" in response, reports The Chronicle.

For more readings on Ferguson, civil rights, police violence, and black history, check out this Zotero collection or the Twitter hashtag #FergusonSyllabus.

The US Department of Education has given states a “reprieve” on using standardized tests to evaluate teachers’ performance.

District Judge Todd Hernandez has ruled that Louisiana Governor Bobby Jindal does not have the authority to repeal the Common Core in the state.

From the IndyStar: “A former top Indiana education official’s role in the sale of $1.7 million worth of videoconferencing equipment to the state by Cisco Systems Inc., where he worked before and after holding that state position, has added to calls to strengthen Indiana’s ethics laws amid a recent spate of boundary-pushing incidents.”

“A blind mother whose three children attend Seattle Public Schools is suing the district, saying its website and math software aren’t compatible with technology that blind people use to access the Internet.” Via the AP.

The legal challenge to the trustees’ plans to start charging tuition at Cooper Union is ongoing.

The ACLU has filed a complaint over the Mendon-Upton School District’s iPad policies. The district allows low income students (those who are eligible for free or reduced lunches) to take their school-issued iPads home; others cannot.

RIP American journalist James Foley. (The last sentence of this NYT story. My god.) Foley was, among other things, an alum of Teach for America.

“MOOCs are free – but for how much longer?” asks the Times Higher Education, citing a Stanford professor who believes it’s time to monetize this trend. Because open.

The UK MOOC platform FutureLearn surveyed 16 to 18 year olds and found they want to code and make money. I mean, who wouldn't.

A profile in The Guardian of FutureLearn head Simon Nelson.

Coursera and the Carlos Slim Foundation have partnered to launch Acceso Latino: “a free website created to provide U.S. Latinos easy access to tools and content about education, healthcare, job training, culture and more. This site will serve as a valuable resource to help Latinos succeed in the United States.”

“The African Virtual University, in partnership with the African Development Bank, is launching 29 new open, distance and e-learning centres in 21 African countries.”

Online preschool, I kid you not.

Some members of the UFT are “disgusted” by the union’s participation in the “March for Justice of Police Brutality.” Me, I’m disgusted by those union members.

According to ProPublica, which has been investigating schools’ usage of restraints, "Federal investigators have faulted two Virginia schools for pinning down and isolating disabled students improperly, saying the schools used the practices routinely as a ‘one-size fits all’ response to disruptive behavior despite evidence they didn’t work.

Students in Dubuque Community School District will have to wear heart monitors in gym class. “The results will be transferred to an iPad and projected onto a big screen in the gym.” The data will be used to as part of a student’s grade. WTF. Who owns that data?

Confidential student data was accessible to unauthorized people in the Topeka Unified School District 501 via Pearson PowerSchool. The data in question revealed which children in the district came from low income families, data that is federally restricted. The district assured the Department of Agriculture that the data breach had been fixed, but apparently it has not.

George Washington University sent a letter to faculty members reminding them that because of the contractual obligations with the campus bookstore, "alternative vendors may not be endorsed, licensed or otherwise approved or supported by the university or its faculty.” The university has since changed its mind.

“The groundbreaking effort to provide an iPad to every Los Angeles student, teacher and school administrator was beset by inadequate planning, a lack of transparency and a flawed bidding process, according to a draft of an internal school district report obtained by The Times,” says The LA Times.

Meanwhile, LAUSD spent $112 million a decade ago on a new school information system. Then the district scrapped that SIS a couple of years ago to make way for a new one, spending another $20 million in the process. And now, it's back-to-school, and we learn the new system doesn’t really work.

A New Jersey middle school will not allow a 13-year-old trans girl attend school unless she dresses like and identifies as a boy.

In addition to purchasing the LA Clippers, it looks like former Microsoft CEO Steve Ballmer has also been involved in boosting basketball at the exclusive Lakeside School: “a series of questionable tactics that included a new basketball-focused nonprofit, cash for a coach, an unusual admissions process and weak enforcement of academic standards.”

Jon Whitmore, the CEO of the ACT, has announced that he will retire next year.

Bill Chou Kwok-ping, a professor at the University of Macau, believes that he lost his job because of his pro-democracy activism.

From the AJC: "The Atlanta school district is attempting to remove a teacher for a long list of alleged failings, including playing the Beyonce song ’Drunk in Love.’” Surfboard. Surfboard.

Detroit Public Schools employees will find their paychecks cut by 10% this school year. Facing a $121.5 million budget shortfall, the district will eliminate 1381 positions between now and 2019.

Bill and Melinda Gates will match your DonorsChoose.org donations between August 22 and August 24, up to $1 million.

GetSet, a startup that aims to reduce college dropout rates, has launched with a rollout at Arizona State University. “GetSet is taking an algorithmic approach to the drop-out problem, building a natural language processing (NLP) engine that asks students to feed it with data about their college aims and problems which it uses to match students to others who have similar goals/backgrounds or who had the same sort of issues previously and overcame them.”

Discovery Education is adding “exclusive content” from the Discovery Network into its offerings. It doesn’t look like this includes footage from its new dating show Naked and Afraid or its fake documentary Megalodon: the Monster Shark Lives.

Khan Academy is partnering with the American Museum of Natural History.

A new organization, FERPA|SHERPA, has launched, aiming “to provide service providers, parents, school officials, and policymakers with easy access to those materials to help guide responsible uses of student’s data.”

You can now rent textbooks via Google Play in Canada.

QuickKey, which lets you score tests using your smartphone camera, has raised $200,000 in funding.

LendLayer, which offers loans to students who are in “software bootcamps,” has raised $400,000 in funding.

“LTG Exam Prep Platform, a startup out of MIT, believes the most effective way to study for standardized tests is through these devices we carry around everywhere,” Techcrunch tells us. And the company has just raised $3 million from Tal Education Group, Atlas Venture, Jaime McCourt, Yongjin Group, and Zhen Fund.

OKPanda has raised $1.6 million from Resolute Ventures and others. This brings to $3 million the total raised by the language-learning startup.

Inside Higher Ed’s Carl Straumsheim examines investment in higher education ed-tech and asks “Is there a bubble?”

68% of Americans think it should be a crime for children under age 9 to play in a park unsupervised.

Support for the Common Core is dropping. Read more about the results of the latest PDK/Gallup poll over on Educating Modern Learners.

Announcing new standards for educational and psychological testing, and a draft “Bill of Research Rights” for educators.

The 2014 Horizon Report: The Library Edition

According to analysis by BitSight Technologies on cybersecurity, the “higher education sector poses an even higher risk than the retail and healthcare industries.”

Consultants won’t save your university as much money as they promise.

Via Inside Higher Ed, a study of college-level writing assignments.

How web searches differ by socioeconomics and geography

Teen pregnancy is down to the lowest level since the 1940s.

Readers absorb less on Kindles than on paper, study finds. (Other studies suggest otherwise. But headlines.)

Only 26% of 2014 high school graduates who took the ACT are “college ready,” says the ACT.

Instead of forcing students into remedial classes, try workshops. More on a CUNY research project via Inside Higher Ed.

Among students who transfer between institutions, “39 percent lost all of their credits in the switch, while 28 percent were able to transfer some credits. Only one-third of transfer students were successful in getting all of their previously earned credits to count at their new institution.”

This week's Vox edu-related charts and maps are on textbooks and tourism.