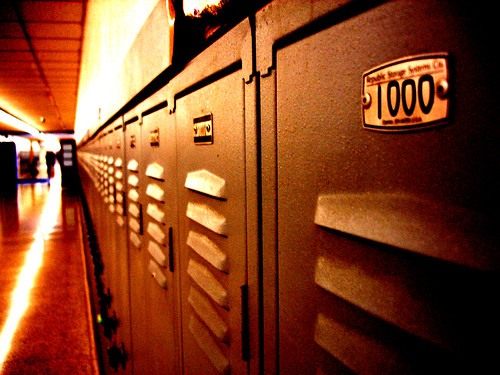 For the fifth year in a row, I’ve asked educators to tell me what technology they’re most looking forward to bringing into the classroom with them this school year. I don’t ask that the technology itself be new. I’m interested, rather, in what’s new in educators’ teaching practices.

Caveat: unscientific. Caveat: survey just goes out to my Twitter followers and blog readers and is completed by those who can be bothered to fill out a short form. Caveat: small sample. Caveat: I calculate and interpret the results.

Back-to-school 2014 has elicited responses that are much more fragmented than I’ve seen in previous years. Even though I've always received a wide variety of responses (a reflection of the increasing number of options for educational hardware and software), I have in the past been able to identify a “Top 3.”  But this year, there’s no consensus, no runaway “three most popular” tools.

Each year that I’ve surveyed teachers, the iPad has made that Top 3. (I’ve detailed the results from previous years below.) That is also, for the record, every year that the iPad has been on the market. And it is specifically the iPad, not “tablets" and not other brands. The Apple mind-share and market-share for one-to-one technology initiatives remain strong, despite some of the serious and highly publicized setbacks that iPad initiatives have had in the last year or so.

The number of responses about new iPads does suggest that more and more districts continue to invest in one-to-one technology initiatives. (No one mentioned BYOD, for what it's worth.) I actually thought I’d hear more teachers say “Chromebooks” (there were a couple) because of reports that the devices are selling quite well to schools. But it appears the Google product educators are excited about this year is…

Google Classroom just opened up to all Google Apps for Education accounts earlier this month. So perhaps the timing is ideal for tapping into the back-to-school excitement.

It’s “not quite an LMS,” early reviews of the product admit. But several respondents said they hoped it would grow into one. Those who said they were looking forward to using Classroom specifically noted that they wanted something to better manage digital assignments.

Despite pushes to move “beyond the LMS,” it’s pretty clear that education still operates very much in its grips.

If I had to pick a third response to round out the “Top 3,” it would have to be “Nothing.” There were a number of responses this year from educators expressing their frustration with education technology. (And sure, this is where my influence no doubt shapes what folks say.)

Several educators said they were tired with the constant push to integrate new technologies without any research. Others lamented that tools they’d adopted in the past were no longer supported. As such lessons they’d built around specific technologies no longer worked. “Mostly, I’m hoping to hold on to tech skills/programs I’ve already acquired in the last several years and hoping they don’t go away,” one teacher wrote.

I never specify that the “tool” that educators be excited to use must be computer-based. And this year, I had several responses that weren’t: one teacher plans to create laminated pieces of paper for each student so they could have their own “mini-whiteboard.” Another said they were painting the walls of their classroom with “blackboard paint,” so that students could write on them with chalk. Another said that he was rethinking the arrangement of his classroom by ditching individual student desks, and was looking forward to see what groupwork around bigger tables might look like.

I did anticipate that I'd hear about more plans for makerspaces. (There was just one person who mentioned "making.") That classroom response systems and learning management systems remain so popular instead says a lot, I think, about the expectations of what technology and education is supposed to “do.”

Thank you very much to everyone who responded! Best of luck to everyone – students, teachers, parents, principals, staff – as you (in the Northern Hemisphere) head back to school this fall.