What Should School Leaders Know About Adaptive Learning? 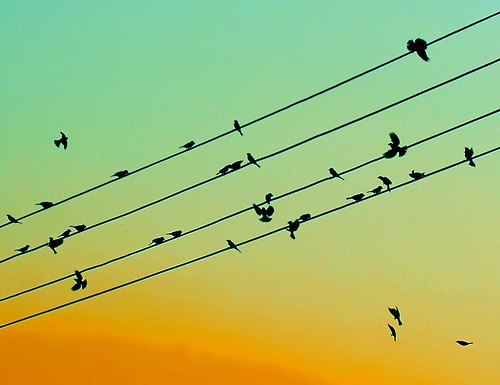 What is “Adaptive Technology”?

“Adaptive software” is often named as one of the “hot new trends” in education technology. But adaptive learning is hardly new. Its roots date back decades, to the “intelligent tutoring systems” of the 1960s and 1970s when there was, much like we’re starting to see again today, a growing interest in using artificial intelligence and “big data” to build educational software.

The promise of adaptive learning technology: to adapt to each individual student’s needs and skill level, ideally to help them learn more effectively and more efficiently.

The goal – and the promise – of adaptive learning technology: to adapt to each individual student’s needs and skill level, ideally to help them learn more effectively and more efficiently.

The term “adaptive” actually covers a number of characteristics in software (indeed, the term is applied quite liberally in marketing new tools). Traditionally, adaptive learning tools focus on the following components (PDF): “monitoring the activities of its users; interpreting these on the basis of domain-specific models; inferring user requirements and preferences out of the interpreted activities, appropriately representing these in associated models; and, finally, acting upon the available knowledge on its users and the subject matter at hand, to dynamically facilitate the learning process.”

In other words, adaptive software focuses on the domain – the information that’s supposed to be taught; on the student’s responses – often using “bayesian algorithms” to determine the likelihood of a student getting the next question right or wrong; and on the instruction – what sorts of hints or feedback a student might need to move forward.

There are many companies building adaptive learning technologies, and more integrating “adaptivity” into their offerings. Textbook publishers and learning management system-makers have made significant moves into the sector recently, acquiring and/or partnering with adaptive learning startups.

A few of the major players (this is by no means an exhaustive list):

Knewton: The self-described leader in adaptive learning, Knewton has partnered with (and received investment from) many of the major textbook publishers, including Pearson, Houghton Mifflin Harcourt, and Macmillan Education. Like several other companies who offer adaptive technologies, Knewton was originally a test-prep company. Knewton has raised over $100 million in venture capital.

Dreambox Learning: Dreambox makes adaptive software for the elementary level. Dreambox has raised over $35 million in funding, much of it from Netflix CEO Reed Hastings.

Open Learning Initiative: The OLI is based at Carnegie Mellon University (where the Carnegie Learning company, and its Cognitive Tutor software originated decades ago). This is a research-focused effort to build university-level online courses around that cognitive tutor model.

What Does the Research Say?

The hype surrounding these tools gets louder and louder – no surprise since they dovetail with other pressures we’re seeing in education and ed-tech right now: a push for more computer usage, a desire for “data-driven” decision making in education, a “refresh” of traditional textbooks and assessments through digitization. The promise: adaptive technologies will make learning more effective and more “personalized” (Later this week, I’ll look more closely at that buzzword.)

But what does the research say? The Gates Foundation sponsored a report (PDF), published last year, that detailed the “supplier landscape,” including “evidence of outcomes.” Yet despite all the excitement about the potential for adaptive software, this report makes it clear: the jury is still out. There’s just not a lot of statistically significant evidence or peer reviewed research here.

The Carnegie Mellon University OLI may be the exception that proves the rule – it has a decade of research that drives its development. Research, not markets. Independent studies have found that students in the OLI statistics course, for example, perform as well as students in traditional instructor-led courses.

The US Department of Education’s “What Works Clearinghouse” has reviewed other adaptive software too. Among the findings: “DreamBox Learning was found to have potentially positive effects on mathematics achievement for elementary school students.” “Carnegie Learning Curricula and Cognitive Tutor was found to have mixed effects on mathematics achievement for high school students.”

What Questions Should We Ask?

Certainly one of the most important questions we should ask about education technology is "does it work?" But we need to ask too what we even mean when we ask that question. Are we only interested in tools that raise test scores, for example? Is that what adaptive technology means when it claims to be "effective"?

Does a data-driven "learning path" circumscribe certain possibilities for learning? Does this software merely reshuffle the instruction of traditional concepts through traditional means, just updated with newer algorithms?

Who benefits from using adaptive software? How can it be used in progressive education, in a project-based classroom? Can it?

“What Faculty Should Know About Adaptive Learning,” by Michael Feldstein

“Adaptive Learning Is An Infinite iPod That Only Plays Neil Diamond,” by Dan Meyer

“The New Intelligence,” by Steve Kolowich