Hack Education Weekly News: Apple's Smartwatch (and What It Says about Ed-Tech Bloggers) 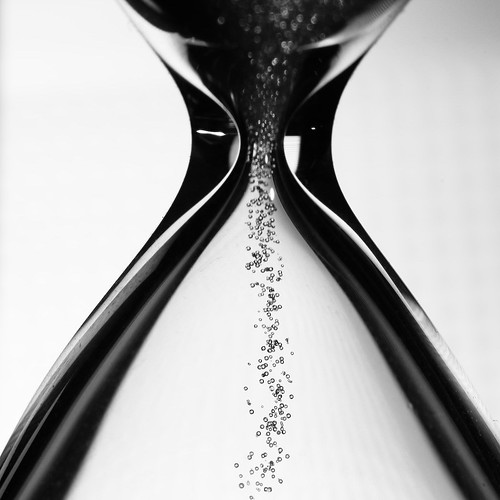 Via The LA Times, “L.A. Unified Supt. John Deasy has filed a public records request seeking emails and other documents involving school board members and nearly two dozen companies including those at the center of the controversial iPad project.”

Meanwhile, the LAUSD Board has voted to destroy its emails after 1 year. Nothing to see here. Move along…

Oh wait. Looks like emails between Superintendent Deasy and then Pearson CEO Marjorie Scardino showed that the district planned to train teachers on Pearson's iPad software almost a year before the one-to-one project went out to bid.

US Representative John Tierney (D-MA) was defeated in Tuesday’s primary elections. Tierney has been a long-time member of the House Education and Workforce Committee.

The Court of Justice of the European Union has ruled that libraries can digitize books without securing permission from the copyright holder.

The San Juan Unified School District has paid out $3.4 million in settlements relating to former superintendent Glynn Thompson and accusations he bullyed and discriminated against women.

Chardon High School shooter TJ Lane escaped from prison last night, prompting the school district to cancel classes. Lane, who killed three students and wounded three others in 2012, was recaptured about 1:30am.

edX launches classes (and college counseling) for high school students. Most of the classes are AP ones, which will be offered for free, but there’s a fee for certificates.

The American Council on Education (ACE) “announced the creation of a pool of about 100 online courses that will lead to credit recommendations. The courses will be low-cost or free. They will be general education and lower-division, ranging across up to 30 subject areas.”

The BBC reports that one of FutureLearn’s MOOCs – an English-language learning MOOC run by the British Council – has enrolled over 100,000 students.

The LAUSD police force has 61 assault rifles, 3 grenade launchers, and 1 mine resistant vehicle. San Diego Unified School District has an armored vehicle. “At least 117 colleges have acquired equipment from the [Department of Defense] through a federal program, known as the 1033 program, that transfers military surplus to law-enforcement agencies across the country,” reports The Chronicle of Higher Education.

“A Taylorsville elementary school teacher somehow shot herself in the leg while in a school restroom.” Somehow.

A University of Toronto professor was stabbed by a student.

Kentucky State University has re-enrolled most of the students that it kicked out last week for failing to pay their tuition and fees.

“How to Get Into an Ivy League College—Guaranteed”

Almost 12% of Harvard students are enrolled in “Introduction to Computer Science 1” this semester – a record-breaking number.

Harvard has received a $350 million gift, so looks like the university will have enough cash to keep the lights and websites on. Phew.

“The Most Economically Diverse Top Colleges”

“The 25 colleges whose graduates earn the most”

Colleges whose graduates find meaning in their work

“Twenty-Eight out of the Top 30 “Best Universities” in U.S. News & World Report’s 2015 rankings are under federal investigation for their handling of sexual assault.”

“Colleges statistically most likely to get you hired at Edsurge”

Average student attendance at college football games is down more than 7% since 2009.

“Twenty percent of NCAA athletes admit to participating in fantasy sports leagues with entry fees and cash prizes, according to a survey conducted last year by the NCAA.” That’s against the rules.

But ya know. Rules schmules. The NCAA has lifted more of the sanctions it placed on Penn State following former assistant football coach Jerry Sandusky’s conviction on 45 counts of child abuse.

The University of Illinois Urbana Champaign Board of Trustees voted 8 to 1 to terminate Steven Salaita’s tenured position (following his tweets about Palestine). Salaita and his lawyers respond.

American University professor David Pitts, chair of public administration and policy, has been placed on leave following charges that he breaks into stores and sets fires.

University of Miami President Donna Shalala will step down next year.

Valerie Barr has lost her job at the National Science Foundation because of questions about her activism in the 1980s. “Barr handed out leaflets, stood behind tables at rallies, and baked cookies to support two left-wing groups, the Women’s Committee Against Genocide and the New Movement in Solidarity with Puerto Rican Independence.”

Apple held its fall press event, unveiling the latest iPhones and a smartwatch. "What the Apple Watch Tells Us About the Future of Ed-Tech." (Interestingly, Apple's pushing a new U2 album onto everyone's iDevices is a relevant story to ed-tech, but I don't think anyone's covered that angle. Oh well. Keep up the good work, folks.)

Meanwhile, Amplify has lowered the pricing for its tablets. Originally $299 for the devices and $99 per year for software, the tablets are now $359 (including content) and $60 per year thereafter.

“So Bill Gates Has This Idea for a History Class…” – now available on Khan Academy, of course.

And Khan Academy now offers videos to help students get into college too.

Known, a startup that’s part of the IndieWeb movement and one I think could be key to helping students control their content and data, has launched its public beta. Here’s GigaOm Mathew Ingram’s coverage.

John Danner, the founder of the for-profit school chain Rocketship, has unveiled his latest startup: “Zeal, an adaptive Common Core practice app with game-like features.” More on the app and its users (called “Zealots,” I kid you not) via Edsurge.

Another for-profit education company decides to incubate ed-tech startups, as DeVry University teams up with 1871 in Chicago.

Code.org has launched Code Studio, “a combined set of tools and curriculum to get students in kindergarten through high school interested in the underlying concepts behind coding through guided lesson plans.”

Rumor has it that Microsoft is poised to buy Mojang, maker of the popular videogame Minecraft. More on Educating Modern Learners.

Insane Logic has raised €1 million in funding from Ananda Ventures.

Looop has raised $2 million from an unnamed investor to help expand its online training platform into the UK.

“Why Wall Street loves for-profit education.” I mean, why not.

According to Edsurge, ed-tech companies raised $153.9 million in August. “Ka’ching.”

And according to CB Insights, “Financing in Ed Tech has shown a clear upward trend, with consistent growth since 2010. Funding in 2013 represented a 212% growth in the sector since 2009. Deals have grown as well, with 334 deals occurring in 2013 representing a 35% year over year growth from 2012. Notably, 2014 is seeing funding and deal activity on pace to top 2013′s previous investment highs if the current pace continues.”

Research conducted by Matthew M. Chingos and Guido Schwerd argues that Florida Virtual School students “perform about the same or somewhat better on state tests” than traditional public high school students. Expect these findings to be trotted out in future ed reform arguments.

“In 2013, about 36,000 seniors lost part of their Social Security allotment due to outstanding student debt. That is a six-fold jump from 2002.” More on the GAO report via ThinkProgress.

Pearson surveys college students, finds that 75% of college students say tablets make learning fun but only 45% of them use tablets. Their devices of choice: laptops and smartphones.

The Pew Research Center has released surveys on “younger Americans,” reading, and libraries. “As a group, younger Americans under age 30 are more likely than those 30 and older to report reading a book (in any format) at least weekly (67% vs 58%). Adults ages 50–64 are least likely to report reading books on a weekly basis, followed by those ages 30–49 and those ages 65 and older.”

“Steve Jobs was a low-tech parent,” The New York Times tells us. For what it’s worth, I hear he was also an asshole.