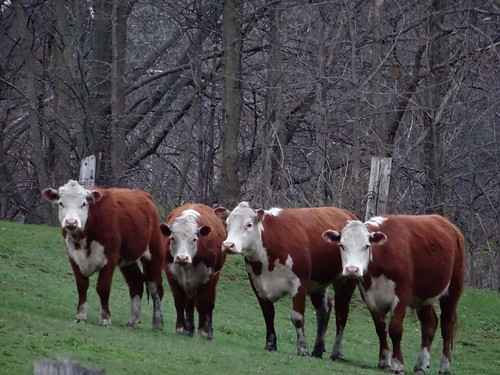 This week was Banned Books Week, so I hope you engaged in some subversive reading.

Hundreds of students from high schools in the Jefferson County (Colorado) school district have staged protests over new curriculum review committee that would “promote patriotism, respect for authority and free enterprise and to guard against educational materials that “encourage or condone civil disorder.”

A record number of students in the US are homeless.

“The U.S. Education Department has opened an investigation into charges that the Recovery School District’s policy of closing and chartering New Orleans public schools violated the civil rights of African-American students.” More via The Times-Picayune.

The Department of Education has reached an agreement with the Tupelo (Mississippi) Public School District over discriminatory discipline practices.

The Department of Education says that the student loan default rate has dropped to 13.7% so woohoo I guess.

Two more former principals in Philadelphia have been arrested as part of an ongoing investigation into cheating on standardized tests.

As part of its open government agenda, the White House announced more initiatives aimed at promoting open education. More on the news from David Wiley.

MOOCs Insist "We're Not Dead Yet!"

Andreessen-Horowitz, again one of the investors in Udacity, has its first “Distinguished Visiting Professor of Computer Science,” Stanford’s Vijay Pande. Not surprisingly, he has thoughts on MOOCs. I mean, who doesn’t.

Not to be left out of the news cycle: “Why Free Online Classes Are Still the Future of Education,” featuring edX’s Anant Agarwal.

Via Inside Higher Ed: “The massive open online course provider Coursera is taking a more active role in shaping the content produced by its university partners. In an email to universities creating content for Coursera, the MOOC provider is asking for volunteers to create career-focused Specializations.”

Coursera has moved from MySQL to Cassandra because its data is so big.

Elsewhere in Online Education (in Florida)

Inside Higher Ed’s Carl Straumsheim examines enrollment at UF Online, the online-only arm of the University of Florida.

The Florida state supreme court has given the go ahead to a trademark lawsuit as Florida Virtual School is suing K12 for infringement by operating Florida Virtual Academy in the state.

Harvard’s multibillion dollar endowment reported a return of 15.4% for the last fiscal year; Yale’s endowment had a return of 20.2%. So phew. I guess they can afford to keep operating for another year.

Clemson University has suspended its mandatory online course that required students fill out a detailed set of questions about their sex lives.

Clemson University has also suspended all fraternity activity after a sophomore fell off a bridge and died.

Fraternities at Wesleyan have been ordered to go co-ed.

Miss America was kicked out of her sorority for excessive hazing.

So hey, maybe “it’s time to talk about banning fraternities.”

“School Claims Teen’s Writing About Marijuana Use Is ‘Drug Possession’”

Student “interns” in China make up an increasing part of the workforce building our electronics, including HP and Apple devices, reports The Wall Street Journal.

ProPublica reported this week that Stanford’s Center for Internet and Society had promised to not use Google money for privacy research. Stanford says that’s not true and that it’s research is independent.

The 9th U.S. Circuit Court of Appeals has agreed to hear the NCAA’s appeal of the recent ruling in the Ed O’Bannon lawsuit in an “expedited manner.”

The FAA has nixed plans for using a drone to deliver the football to a University of Michigan football game.

I must say, having seen an obsession with football destroy a lot of what was great about academic life at the University of Oregon, this story made me guffaw: “The Philadelphia Eagles’ Secret Coaches: Professors. Chip Kelly’s Latest Innovation—Turning to Academia for Ideas.”

As part of his mandated community service, Kanye West is teaching a class at Los Angeles Trade Technical College.

Florida State University has hired John Thrasher as its new president, despite opposition from faculty and students.

Adjuncts at the College of Saint Rose have voted to unionize.

A $15 million XPRIZE for Global Learning to build software so that children can teach themselves basic literacy and numeracy. NPR’s Anya Kamenetz has the most thoughtful reporting in a sea of what was otherwise uncritical churnalism about the project. For $10,000 you can support the effort via the initiative’s IndieGogo campaign and “sponsor a village” to help with testing. Or for $10,000 you can support the effort and get access to some Tony Robbins life-coaching thing.

Also refusing to die: the learning object repository. This week Instructure launched one.

Three girls from Ireland have won the top prize from this year’s Google Science Fair.

“A day in the life of a data-mined kid,” featuring more ludicrous pronouncements by Knewton’s CEO Jose Ferreira: “We literally know everything about what you know and how you learn best, everything.” (Does that knowledge include the correct meaning of the word ”literally"?)

The Hewlett Foundation “now requires that grantees receiving project-based grants—those made for a specific purpose—openly license the final materials created with those grants (reports, videos, white papers, and the like) under the most recent Creative Commons Attribution license.”

MasteryConnect has raised $15.2 million in a Series B round of investment from Trinity Ventures, Pelion Ventures, and Catamount Ventures. The startup, which makes assessment tools, has raised $24.1 million total.

Tiggly has raised $4 million in Series A funding. The startup, which has raised $5 million total, makes wooden block iPad apps for toddlers. (Seriously: who would give their kid an app instead of wooden blocks?!)

“Venture Capitalists Are Poised to ‘Disrupt’ Everything About the Education Market”

A look at “deeper learning” from the American Institutes for Research.

Earlier this month, GEMS released an “efficiency index,” ranking countries based on school “efficiency.” No surprise, there are some raised eyebrows.

A study conducted by Phil Hill and WICHE has found that IPEDS (the Integrated Postsecondary Education Data System) is flawed “as confusing instructions, inflexible design and a lack of coordination have led colleges and universities to under- or overreport thousands of students” in distance education classes.

“Academic Skills on the Web are Tied to Income Level”

Another PDK/Gallup poll on teaching. Findings include: “Only 38% of Americans favor using student performance on standardized tests to evaluate teachers, with parents even less supportive (31%).”

The week in graphs: “What You Need To Know About Misleading Education Graphs, In Two Graphs.”

The week in maps: “The states where teachers hit their students the most.”