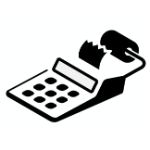 The big news this week: President Obama’s proposal to make 2 years of community college free for some students. Not a lot of details on how the plan would be funded (the federal government would pick up three-fourths of the cost; states the rest). Students would need to maintain a 2.5 GPA in order to remain eligible. It's not clear how the Republican-controlled Congress will respond (although we can guess.) More from The New York Times, “Dean Dad,” Inside Higher Ed, and The Chronicle of Higher Education. (Inside Higher Ed examines state education budgets as related to community colleges.)


Word on the street: Secretary of Education Arne Duncan “will deliver a major speech Monday detailing the need to repeal and replace No Child Left Behind.”

On his last day in office Arizona Superintendent John Huppenthal said that schools that violated the state’s ban on ethnic studies could risk losing state funds. His target: schools that teach hip hop.

“Nursery school staff and registered childminders must report toddlers at risk of becoming terrorists, under counter-terrorism measures proposed by the [UK] Government,” reports The Telegraph.

The New York City Board of Education is lifting its ban on cellphones in schools.

Via The Oregonian: “Oregon schools’ biggest worries about giving new online Smarter Balanced tests this spring aren’t about slow Internet connections or a lack of computers; officials in many districts are concerned that elementary students can’t type well enough to handle the new tests.”

Former Georgia Tech engineering professor Joy Laskar has been indicted on racketeering charges, accused of misusing a million dollars in university funds relating to a wireless chip startup he founded.

The for-profit Kaplan Higher Education has reached a $1.3 million settlement with Texas, resolving “whistleblower allegations that Kaplan employed unqualified instructors at its campuses.”

The Authors Guild and HathiTrust have resolved their dispute over universities’ book digitization efforts. The HathiTrust’s statement is here.

MOOCs and UnMOOCs (aka Online Education)


“The Hype is Dead, but MOOCs Are Marching On” – an interview with Coursera’s Daphne Koller.

“Have MOOCs Helped or Hurt?” asks Randy Best in an op-ed in Inside Higher Ed. (Best is the CEO of Academic Partnerships, one of the many education-related companies that Jeb Bush has stepped away from as he preps for his likely Presidential run.)

“Why We Give Up On New Year’s Resolutions, Online Courses And Diets” – self-control apparently. Great. Let’s bring the “grit” conversation to MOOCs.

You could be forgiven for assuming that the continued growth of online education within US higher ed was a foregone conclusion. We all know it’s happening; the questions is how to adapt to the new world.


But what if the assumption is wrong? Based on the official Department of Education / NCES new IPEDS data for Fall 2013 term, for the first time there has been no discernible growth in postsecondary students taking at least one online course in the US.


The University of Virginia has reinstated Greek social functions, but under stricter rules, including requiring “sober brother” monitors, that is, fraternity members who aren’t drinking. UVA frat events were suspended late last year following a Rolling Stone article on an alleged gang rape at a Phi Kappa Psi party.

Via The Globe and Mail: “Dalhousie University was engulfed in controversy on Monday after it announced the suspension of 13 male dentistry students over misogynistic comments on Facebook that came to light almost a month ago. The university announced on Monday morning that the men are suspended from clinical activities while an academic committee considers further penalties, such as academic suspension or expulsion.”

Drexel University is phasing out a program that had its faculty members teach classes at nearby community colleges.

Via The Chronicle of Higher Education, “In Time of Disruption, Media Companies and Colleges Look to Each Other for Help”: “The University of Southern California is joining forces with Wired; Northeastern University with Esquire; the Financial Times with a group of business schools; and the University of Oklahoma with the History Channel.”

The for-profit chain Herzing University is going to become a non-profit.

Homeschooling is on the rise in the US. “According to the most recent federal statistics available, the number of school-age children who were home-schooled in the United States was close to 1.8 million in 2011–12, up from 1.5 million five years earlier.” (From Vox: “The states that don’t require homeschooled kids to learn math or English, in one map.”)


“At their annual meeting here, members of the American Historical Association rejected – by a vote of 144 to 51 – an opportunity to vote on a set of resolutions critical of Israel,” reports Inside Higher Ed.

The Modern Language Association is having its annual meeting, and The Chronicle of Higher Education looks at how an “outsider slate” fared in the organization’s elections.


The University of Oregon and its basketball coach Dana Altman are being sued by the victim of an alleged gang rape involving three Ducks athletes. The suit alleges, in part, that the university knew that one of those athletes had been suspended from his former college because of sexual assault.

The victim of an alleged rape by Florida State University quarterback Jameis Winston is suing the university, alleging “that high-ranking school athletic department officials deliberately concealed sexual misconduct allegations against the 2013 Heisman Trophy winner in order to ”protect the football program,“ a violation of federal law.”

Via Inside Higher Ed: “Dartmouth College has charged 64 students – many of them athletes – with cheating in a sports ethics course…. According to the course’s instructor, Randall Balmer, dozens of students frequently did not attend the class, and instead handed their clickers to other students who then used the devices to respond to questions during in-class assignments.”

Via CBS Sports: “A crowdfunding website has moved ahead with plans to pay college athletes. FanPay recently launched live contributions for players to collect money once they graduate and have no playing eligibility left.”

The NCAA says it will help pay for athletes’ families to travel to the Final Four and to the football championship game.


Yoni Appelbaum is joining The Atlantic as its politics editor. Appelbaum has been a lecturer at Harvard. (He’s also the author of this article from 2003 on the demise of Fathom. #neverforget.)

Adjuncts at Washington University in St. Louis have voted to join the SEIU union.

Doug Levin is stepping down from his role as executive director of State Educational Technology Directors Association (SETDA).

Steven Pines is stepping down from his role as executive director of the Education Industry Association.


You can now plan a number of MS-DOS games – including the education classic Oregon Trail – thanks to an emulator and archive from the Internet Archive.

Duolingo has launched Duolingo for Schools, which offers a dashboard so that teachers can monitor students’ progress in the language-learning app.

Via the Creative Commons blog: “The OPENPediatrics program at Boston Children’s Hospital announced the launch today of a new open educational resource (OER), a multimedia library that presents animations and illustrations from OPENPediatrics instructional videos under CC BY-NC-SA for use by clinicians and academics in their own instructional materials.”

LAUSD has completed its purchase of computers to prepare for standardized testing this spring. “Over the winter break, it ordered 21,000 iPad Airs with matching keyboards and 6,000 Chromebooks, at a cost of $13 million. It puts the number of testing iPads at just over 73,000.”

The DPLA has issued its strategic plan for the coming years.

HarperCollins has pulled its atlas that omits any reference to Israel.

According to Edsurge, “Asia is emerging as the world’s ed-tech laboratory.”

From The New York Times, “Inside a Chinese Test Prep Factory.”


Flat World (formerly known as Flat World Knowledge) has raised $5 million in debt funding from investors that include Bessemer Venture Partners, reports DC. The total round was $9.5 million, according to Crunchbase, which pegs the total raised by the company at $35.7 million.

The private equity firm Brentwood Associates has acquired Excelligence, which according to the press release, describes itself as “a leading developer, manufacturer, distributor, and multi-channel retailer of educational products.” Terms of the deal were not disclosed.

(My article from last year on these sorts of lists still stands.)

Education Week has issued its annual Quality Counts report card on states’ education performances. The nation, as a whole, earns a C.

The Center for Reinventing Public Education has released a report on school tech procurement processes.

The Chronicle of Higher Education has released a guide to the “flipped classroom.” (Also via The Chronicle, “When a Flipped-Classroom Pioneer Hands Off His Video Lectures, This Is What Happens.”)

Via NPR’s Anya Kamenetz (who has a new book out, The Test), “What Schools Could Use Instead Of Standardized Tests.”

Scholastic has released a report on reading. Among the findings, “In a 2014 survey of just over 1,000 children ages 6 to 17, only 31 percent said they read a book for fun almost daily, down from 37 percent four years ago.”

More rankings from US News & World Report: this one for online education programs.

The Pew Research Internet Project has updated its stats on adults’ social media usage. Among the findings, “For the first time, more than half of all online adults 65 and older (56%) use Facebook. This represents 31% of all seniors.”

According to a study by the American Economic Association, “increases in online class size have no impact on student grades, student persistence in the course or the likelihood of students enrolling in future courses.” More via Inside Higher Ed.

According to a study by Piazza, a startup that makes an online discussion tool, women and men use the program differently: women ask more questions but answer fewer questions. And when they do answer, they are more likely to answer anonymously.

According to a study published in Psychology of Women Quarterly, “men are much more likely than women to reject findings of sexism in science, technology, engineering and math (STEM), and even to make sexist comments in response to such research.”

The Computer Science Teachers Association has released the results of its 2014 high school survey. Among the findings, “participants applied the term ‘computer science’ to a vast array of topics and courses, many of which were submitted as ‘other’ courses in response to the topics that were provided in the survey. Participants classified studies in business management, yearbook layout, artificial intelligence, robotics, office applications, and automated design as computer science courses.”

Edsurge has released some of the data based on feedback teachers give during its Tech for Schools Summits. Among the findings, teachers care that tech looks nice more than if it’s useful. Sigh.

“The U.S. has more jails than colleges. Here’s a map of where those prisoners live.”

“All You Need to Know About the ‘Learning Styles’ Myth, in Two Minutes”