The Language of Leadership

There are hundreds and hundreds of books on leadership, most often framed in terms of “management.” What is the connection between language and leadership? And what role does language play in modern learning and modern leadership? These questions seem particularly important if we want to focus less on the “management” of learning and on the building of a transformative school culture. 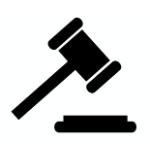 The language that we use to talk about education does not simply reflect our vision and values. It shapes them as well — potentially constraining what we think and how we think. That means, in turn, that a shift in education might necessitate in many ways a shift in language.

We can see the importance of language in our education policies. The language used therein underscores the policy priorities: “achievement,” “accountability,” “assessment,” “standards,” and so on. That same language also reveals and reinforces certain beliefs about schools: what schools should do and how they should accomplish them.

That language posits students as the objects of schooling, for example, not as subjects in their own learning. It is focused on the acquisition of content and skills rather than the construction of knowledge. It is interested in outcomes not processes.

“Efficiency” is a great example of the latter, and as it dovetails quite nicely with certainly notions of what better technologies and management can afford us, it’s increasingly invoked to describe what’s lacking in schools, and thus as a goal for education. But “efficiency” is a key part of scientific management, and to talk about education in terms of efficiency often involves efforts to measure and adjust and control in terms of production and output. And at the end of the day, efficiency is most concerned with tuning the dials that minimize costs and not those that might maximize happiness or learning.

A Language for Modern Learning


The tasks for education leaders are severalfold here: we must ask ourselves how we can develop a language for modern learning — one that is clear and robust and unencumbered (or less encumbered, perhaps) by language of business and control.

I’d argue too that it must be a shared language — that is, it cannot be new words and phrases inserted in mission statements or in policy decrees — that simply impose new frameworks from above. As schools build their culture, they build language; transforming school culture involves transforming language. A shared process; a shared language.

It’s easy to find books and lectures on language and leadership that give pointers for how to lead and manage through inspirational words and motivational speech. These books talk about communicating clearly, framing the message carefully, and wielding symbolic language powerfully. But to do that is to use speech effectively; it doesn’t necessarily mean that this is the language of progressive change or of transformational leadership. That’s not to say that those skills aren’t important, of course. But they aren’t sufficient if we’re going to rethink education leadership alongside education. That is, education leadership has to be different, do different, sound different than leadership in other sectors and leadership in other eras.

What does a language of modern education leadership sound like? If it’s leadership that encourages student-driven learning, for starters, and that recognizes student agency, it probably has to involve a language that dismantles and distributes “control” and that fosters and supports new voices. It has to be a language of listening to students and to communities.