Senator Lamar Alexander has released a draft of his bill to overhaul the Elementary and Secondary Education Act, better known by the name of its latest version: No Child Left Behind. According to The New York Times, the bill offers “two options: one that would retain the mandate of annual testing and one that would give states the freedom to choose between annual testing or testing once every three years.” 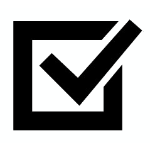 Lots of pundits are weighing in (no surprise). The AFT says keep mandatory testing; the NEA says ditch it. Civil rights groups want a strong role for the federal government. Secretary of Education under George W. Bush, Margaret Spellings says “No Child Left Behind Works But Needs Updates.”


Mississippi is withdrawing from PARCC, one of the Common Core testing consortia.


President Obama wants tougher rules about student data and student privacy. He will propose “The Student Digital Privacy Act,” which is said to be modeled after the legislation passed last year in California banning the use of K–12 student data for advertising or marketing. “Parents Challenge President to Dig Deeper on Ed Tech.” “Industry Sees Promise, and Cause for Worry, in President’s Data-Privacy Plans.”

The discussion continues about President Obama’s proposal for two years of free community college: “What Students Pay at Community Colleges Now—and How Obama’s Proposal Might Change That.” “Community Colleges at a Glance.” More thoughts from “Dean Dad” Matt Reed.

The Obama Administration announced $25,000,000 in grants to 13 HBCUs to develop cybersecurity programs.

The Department of Education is letting more schools experiment with competency-based programs.

The Department of Education has reviewed LAUSD’s iPad program finding it was “plagued by lack of resources and inadequate planning for how the devices would be used in classrooms and, later, how they would be evaluated.”

Coal-rich West Virginia opted to change its version of the Next Generation Science Standards to express doubts about climate change, but then reversed its decision.

Via the AP: “Arizona became the first state in the nation on Thursday to enact a law requiring high school students to pass the U.S. citizenship test on civics before graduation.”

The 9th Circuit US Court of Appeals heard the appeal this week of the 2010 Arizona law banning ethnic studies programs.

The legal challenge to New York state’s teacher tenure law got its “day in court” this week.

Via Pacific Standard: “Schools in Massachusetts will be subject to new limits on physically restraining or isolating public school students under reforms ushered in late last year. School staff members will no longer be permitted to pin students face-down on the floor in most instances….” (In most instances?!?)

CUNY adjunct (and former director of the CIA) David Petraeus could face prosecution for leaking classified information to his mistress/biographer.

Via NPR: “A judge in Florida has sentenced former Florida A&M University student Dante Martin to six years in prison for manslaughter and felony hazing in the 2011 death of his fellow band member, drum major Robert Champion.”

Ladies and Gentlemen, Your Education Press


Quad Partners, an investor in many for-profit colleges, now owns a controlling share of Inside Higher Education.

Ed-tech is in its infancy, according to The New York Times. Despite the role of universities in its development, education has not been “touched by Internet technology.”

The Atlantic has issued a 300+-word correction to an article that contended that admissions to City University of New York were becoming more restrictive. Here’s CUNY’s response. More via Inside Higher Ed.


Steven Klinsky has donated $1 million to edX with the hopes of making the freshmen year of college – or at least some edX classes – free.

Nothing like a little extrinsic motivation to get folks to stick around your MOOC. Inside Higher Ed reports that “Students in edX’s Entrepreneurship 101 and 102 courses have a new reason to tough out the 12 to 16 weeks it takes to complete the MOOCs – $1,000 in Amazon Web Services credit.”


“A middle school principal [in Alabama] wants to stockpile cans of corn and peas in classrooms for students to hurl at possible intruders as a last defense.” Each student is asked to contribute a can.

Two University of Virginia fraternities are refusing to sign the new agreement about alcohol consumption at events – rules created after the Rolling Stone story about an alleged gape rape at a frat party. But police have now cleared that frat in question, Phi Kappa Psi, saying that the rape did not happen at its house.

According to Inside Higher Ed, “More than two dozen of the nation’s top research universities have declined an offer by the Association of American Universities to anonymously survey their students about the prevalence of sexual assault on campus.”

According to the Daily Tarheel, some 6000 students at UNC have signed up for GradeBuddy, a site where students can buy and sell class notes.

Arizona State University Assistant Professor Ersula Ore is suing the university for $2 million after she was body-slammed and arrested by a campus police officer last year.

BYU has added some “loopholes” to its beard ban.

“Mercyhurst University, a Catholic institution in northwestern Pennsylvania, is preparing to cut academics.” – a “queen sacrifice,” as Bryan Alexander calls it.

White House officials met with NCAA officials: something about the “Coalition to Save College Sports.” Of course, “New Benefits for Athletes Trigger Talk of Cutbacks in College Sports.” And there are concerns that changes to NCAA rules could have “serious Title IX complications.”

Paine College is suspending its football team for two years due to financial and accrediting problems.

Athletes at the University of South Dakota ran a tax refund fraud scam.

The University of Ottawa men’s hockey players are filing a class-action lawsuit against the school “because their reputations were damaged by the cancellation of this year’s season.” The whole team – minus two players who were charged with sexual assault, prompting the season’s cancellation – want $6 million. Hey guys, you know how you protect your reputation? You stop your teammates from sexually assaulting someone.


Tressie McMillan Cottom has been hired as an assistant professor of sociology at Virginia Commonwealth University. (Congrats!)

The University of Illinois Board of Trustees released a statement, reiterating that it will not reverse its decision to not hire (or to fire, depending on how you read it) Steven Salaita.

Chicago Teachers Union president Karen Lewis is heading back to work after recovering from a brain tumor last year.

Former LAUSD superintendent John Deasy will join the Broad Leadership Academy, where he will help train other superintendents and school leaders. Damn, I hope he offers classes on buying stuff from Pearson!

John Fitzsimmons is resigning as president of the Maine Community College System, following conflicts with the state’s governor, Paul LePage.

The Minerva Project has hired Vicki Chandler (formerly with the Gordon and Betty Moore Foundation) as Dean of the College of Natural Sciences.

Unionized adjuncts at the University of Memphis were able to stop the school’s plans to privatize their Social Security.


“Danielle and Alexander Meitiv have two kids, age six and ten. They let them walk home together from the park. Someone saw the kids walking without an adult chaperone and called the cops.” The parents are now under investigation for “neglect.”


Google will halt sales of Google Glass. The company says that it’s moving the project out of the Google X lab. Google insists Glass isn’t dead. But it’s dead. Bummer for those who have ISTE sessions on this “hot new tool.”

Google released Google Classroom as a mobile app. It also released an update to its Translate app, incorporating technology from last year’s acquisition of WordLens.

“Meet the Classroom of the Future.” (It’s pretty horrific.)

The National Endowment for the Humanities and the Mellon Foundation are partnering to release out-of-print humanities books as free and openly licensed e-books.

Khan Academy is holding a LearnStorm. I’m not really sure what it means other than something about competing, doing math, and earning points.

LearnSprout has launched an “Early Warning Solution”: “The service leverages data stored within a school’s student information system along with assessment data, and applies research-based algorithms to flag students who are most at-risk.”

“Is This the Future of Adult Learning,” asks Edsurge, profiling three projects out of the MIT Media Lab.

NPR profiles GrievingStudents.org, a website that tries to help educators with student grief. “Using census data, the group estimates that 1 in 20 children will lose a parent by the time he or she graduates from high school. And that doesn’t include the many more kids who will lose a sibling, grandparent or close friend.”

Cengage, the textbook publisher fresh out of bankruptcy, has made an undisclosed investment into LearnLaunch, a Boston-based ed-tech accelerator program.

Via Inside Higher Ed: “The proposed sale of 56 campuses of the for-profit Corinthian Colleges chain to ECMC, a student loan guarantor, has been postponed until next month, Corinthian said in a corporate filing.”

It looks like RadioShack is preparing to file for bankruptcy.


Once again, a study finds that college students prefer print books to e-books.

OverDrive says e-book checkouts from libraries are up 33%.

Via The Washington Post: “For the first time in at least 50 years, a majority of U.S. public school students come from low-income families, according to a new analysis of 2013 federal data.”

Via The Chronicle of Higher Education: “New research has found that women tend to be underrepresented in disciplines whose practitioners think innate talent or ”brilliance“ is required to succeed. According to the findings, that’s true across science, technology, engineering, and mathematics, the STEM fields; humanities; and the social sciences.”

Via Inside Higher Ed: “An analysis of federal data by researchers at the Crime Victims’ Institute at Sam Houston State University suggests that college students are at higher risk for stalking than are members of the general public.”

Via ThinkProgress: “1 In 3 College Men In Survey Say They Would Rape A Woman If They Could Get Away With It.”

From the Pew Research Center: “Social Media and the Cost of Caring.”

NPR’s Anya Kamenetz looks at a study by the Education Research Alliance for New Orleans about “school choice.”

This strange headline doesn’t really speak well to the data journalism over at FiveThirtyEight: “Black And Hispanic Students Are Making Meaningful Gains, But It’s Hard To Tell.”

“Computer-based personality judgments are more accurate than those made by humans” – research that reminds me a lot about claims that computers evaluate student essays better than humans. That is, I just don’t buy it.

The Gates Foundation had SRI Education evaluate the ed-tech investments the Gates Foundation has made. Among the findings: “Online courses in which students’ dominant role was solving problems or answering questions had more positive effects than those where most of the students’ time was spent reading text or listening to lecture videos.”

Via The Chronicle of Higher Education: “John Katzman, a prominent education-industry entrepreneur and the founder of an education-search company called Noodle, says it’s time ‘to clean up the education marketplace’ involving online search.” Noodle conducted a study and found sites like guidetoonlineschools.com are pay-driven lead-gen. Shocking, I know.

Not wanting Vox to have the monopoly on education-related graphs, I suppose, here’s Edsurge’s “graph of the week.”