How Steve Jobs Brought the Apple II to the Classroom

“Education is deep in Apple’s DNA,” the company’s senior vice president of marketing Phil Schiller said on stage at a press event in 2012 as Apple unveiled a number of new education-oriented features for the iPad. It was the first such event following the death of Steve Jobs, and the Walter Isaacson biography of Jobs had hinted that textbooks were “the next business he wanted to transform.” The iPad had already been eagerly adopted by many schools and was being hailed by some as a transformative educational device.

Of course, to invoke “DNA” implies a much older and fundamental relationship to education than the iTextbooks or the iPad, which at the time was only a few years old. Arguably you can trace the connection between Apple and schools back to the company’s earliest days. Doing so reveals much about that DNA... 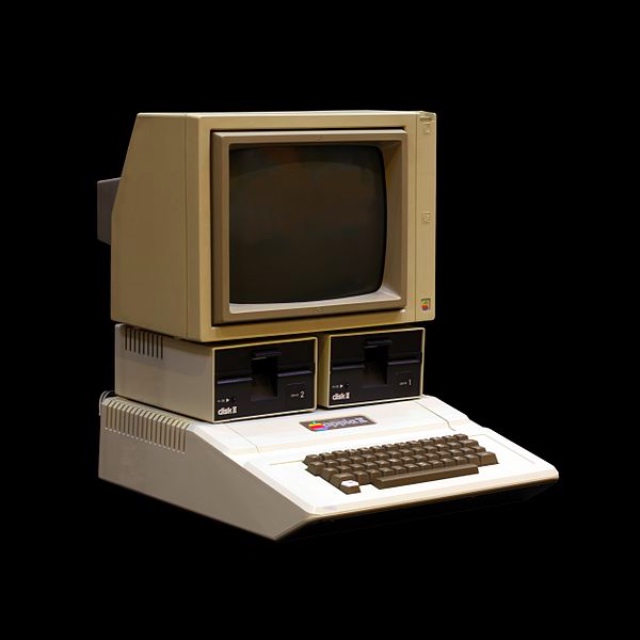 In 1978, just two years after it was founded, Apple won a contract with the Minnesota Education Computing Consortium to supply 500 computers for schools in the state. MECC had developed a sizable catalog of educational software (including the iconic Oregon Trail) which it made freely available to Minnesota schools. Soon the MECC floppy disks and Apple II’s became popular elsewhere across the country. As Steve Jobs said in a 1995 oral history interview with The Computerworld Smithsonian Awards Program, “One of the things that built Apple II’s was schools buying Apple II’s.”

Legislating Computers into the Classroom


“When I grew up I was lucky because I was in Silicon Valley,” Jobs told the Smithsonian.

When I was ten or eleven I saw my first computer. It was down at NASA Ames (Research Center). I didn’t see the computer, I saw a terminal and it was theoretically a computer on the other end of the wire. I fell in love with it. I saw my first desktop computer at Hewlett-Packard which was called the 9100A. It was the first desktop in the world. It ran BASIC and APL I think. I fell in love with it. And I thought, looking at these statistics in 1979, I thought if there was just one computer in every school, some of the kids would find it. It will change their life.


We saw the rate at which this was happening and the rate at which the school bureaucracies were deciding to buy a computer for the school and it was real slow. We realized that a whole generation of kids was going to go through the school before they even got their first computer so we thought the kids can’t wait. We wanted to donate a computer to every school in America. It turns out that there are about a hundred thousand schools in America, about ten thousand high schools, about ninety thousand K through 8.


We couldn’t afford that as a company. But we studied the law and it turned out that there was a law already on the books, a national law that said that if you donated a piece of scientific instrumentation or computer to a university for educational and research purposes you can take an extra tax deduction. That basically means you don’t make any money, you lose some but you don’t lose too much. You lose about ten percent. We thought that if we could apply that law, enhance it a little bit to extend it down to K through 8 and remove the research requirements so it was just educational, then we could give a hundred thousand computers away, one to each school in America and it would cost our company ten million dollars which was a lot of money to us at that time but it was less than a hundred million dollars if we didn’t have that. We decided that we were willing to do that.

The name of Apple's initiative to get a computer in every school: Kids Can’t Wait.

In 1982, Jobs approached his Representative, Pete Stark, who drafted a bill was drafted to introduce to Congress. HR 5573, the Computer Equipment Contribution Act, would amend “the Internal Revenue Code to allow charitable contribution income tax deduction for corporations which donate computers to qualified educational organizations (including museums and libraries). Requires that such contributions be made through the governing body of the organization and that the equipment be used directly by the students. Requires that contributions be nondiscriminatory as to geographic areas or economic status of the donees.”

Jobs personally lobbied Congress – “I actually walked the halls of Congress for about two weeks,” he said in his oral history interview. The bill passed the House 323 - 62 – “the largest favorable majority of any tax bill in the history of this country,” Jobs boasted. But it was a lame duck session of Congress, and the Chairman of the Senate Finance Committee, Bob Dole, did not move fast enough to push the legislation through the Senate.

The bill was introduced again by Representative Stark the following year, but it didn’t make it out of subcommittee. A competing bill, introduced by Representative Jim Wright from Texas, had the backing of Apple’s major competitor at the time, the Tandy Corporation. That bill would have required dealers give 8 hours of training to teachers at the participating schools. It also would have required the computers’ dual disk drives hold 184 kB each. (At the time the Apple Disk II only stored 140 kB.) Wright’s bill also failed to make it out of committee.


Apple had more luck back in its home state.

In September 1982, California Governor Jerry Brown signed a similar version of the Computer Equipment Contribution Act, AB 3194, which allowed a 25% tax credit against the state corporate income tax for computer equipment donated to schools. According to the California State Assembly Office of Research, “proponents of this bill feel that computer literacy for children is becoming a necessity in today’s world. They state that this bill will aid placing needed ‘hardware’ in schools unable to afford computers in any other way.”

So in turn, under its Kids Can’t Wait program, Apple donated a computer to each of the roughly 9000 eligible elementary and secondary schools in California. (Schools with fewer than 100 students did not qualify.)

From Creative Computing in 1983:

Apple is offering a free Apple IIe system to every eligible elementary and secondary school in California. The package includes a 64K Apple IIe computer, a display monitor, one floppy disk drive, and a copy of Apple Logo, a computer language designed for students. The current suggested retail value of the package is $2364. The KCW package also contains coupons for free and discounted educational software from more than 25 educational software publishers, including The Learning Company, Hayden Electronic Publishing, and Sterling Swift.


If all 9250 eligible California schools accept Apple’s offer, the total retail value of the donated products will exceed $21 million. Apple projects that the gross cost of the program will be over $5.2 million. But here is where the tax credits make a significant difference.


It is estimated that the California tax credit will be $4 million. (This is less than 25% of $21 million because the net retail price is lower due to dealer discounts.) Thus the net cost of donating $21 million in product is about $1 million, a 95% reduction factor!

That is, for about $1 million, Apple put an apple in every elementary, middle, and high school in California.

Apple also incentivized its dealers in the state to provide an orientation for school personnel. As part of the California legislation, someone from each school had to complete some sort of training before the school could receive its free computer.

A September 1983 issue of InfoWorld detailed some of the training:

Hands-on teacher training for that prized certificate varied from dealer to dealer within California. Teachers received anything from an hour’s orientation talk to a whole day looking at different application software.


Take A Byte, an Apple dealer located near UCLA in Los Angeles, California, gave one hour and 20 minutes of training to approximately 35 teachers. Owner Alan Weisberg says the teachers learned how to use Apple Logo (supplied with each system) and were told about the uses of world-processing and file-management programs.


…The concern over training teachers to use these Apples is scaring some administrators. An administrator in the San Juan Unified School District near Sacramento, the state capital, is “frightened” of what the giveaway program could do to educational computing.


Tom Lester, who is in charge of K–12 math- and computer-teacher training in for San Juan Unified, fears that teachers who have inadequate computer training will just “give out so many recipes” on how to use Logo to students.


Lester says the lack of trained teachers is so acute that “some know one day’s knowledge more than the people who are taking the training. He says the Logo instruction at many ill-prepared schools will be ”superficial."

After this push into California schools and particularly after the launch of the Macintosh in 1984, Apple soon came to dominate the education PC market (for a while at least), helped no doubt by other marketing initiatives like the Apple Distinguished Educator program and research projects like Apple Classroom of Tomorrow.

The full story of Logo will have to wait for another day and another article in this series. But the issue that was alluded to in the 1983 InfoWorld article about educators’ struggles with computers and concerns over the direction of educational computing – particularly with regards to programs like Logo – may be key to understanding the course of ed-tech in the following decades. Steve Jobs’ chasing of the tax breaks for Apple were hardly altruistic, sure. (An Inc. Magazine article at the time described his lobbying for federal legislation a blend of “prophet and profit.”) But many of the early efforts to put computers into the classroom did revolve around progressive pedagogy and the potential to do something “different” thanks to computer technology. (Logo is, of course, the perfect example of that.) That is, these endeavors were led by educators – often an individual teacher at a school or district.

Once computers in the classroom became more common however, and particularly once they also required networking, the responsibility for computers at school shifted from individual teachers, excited to do innovative things with computers, to IT, to "the central office" if you will. The purpose often shifted as well – from creative computing to “productivity” and keyboarding. Cheaper computers, those associated with office (versus educational) software, were the domain of a different group of hardware and software companies – companies, of course, like Microsoft.