A student privacy bill was set to be introduced in Congress this week. Sponsored by Rep. Luke Messer and Rep. Jared Polis, the bill came under fire for doing little to protect student privacy – “It’s riddled with ‘huge loopholes’ and ‘escape clauses,’” EPIC’s Khaliah Barnes told Politico. Following criticism, introduction of the bill was delayed.

Has NCLB been reauthorized yet dot com? (I can’t afford to buy any more domains. But this one did cross my mind.)

FratPAC is a thing – the lobbying arm for fraternities – and according to Bloomberg, it’s lobbying Congress to make it harder for universities to investigate rapes on campus.

“The U.S. Department of Education is so concerned about the risk that dozens of colleges pose to students and taxpayers that it has curtailed access to federal money at those institutions – but it won’t say which ones,” reports Inside Higher Ed.

Finland is scrapping teaching subjects in schools – except not really.

Indiana governor Mike Pence signed SB 101 this week, which ostensibly protects religious freedom by allowing businesses to turn away gay customers. How will the NCAA respond, asks Inside Higher Ed? How will Educause, which is scheduled to hold its annual conference in the state?


The National Association of College Bookstores has filed a lawsuit in order to obtain a copy of Purdue University’s contract with Amazon. The university had partnered with the online retailer earlier this year in order to offer students faster shipping and on-campus pickup locations.

“Should the confidentiality shrouding students' evaluations of college instructors always be protected, even if it might conceal violations of the law?” The Chronicle of Higher Education looks at a lawsuit fled by Alma Martinez contending Pomona College discriminated against her when it denied her tenure.


Charlottesville, Virginia police say that there is “‘no substantive basis’ to support a Rolling Stone magazine article depicting a horrific gang rape at a University of Virginia fraternity house.” Rolling Stone also says it will publish a review of its reporting. Meanwhile, UVA plans to raise its tuition by 11% next fall.

North Carolina State University has temporarily banned alcohol at most fraternity events, “after two chapters were suspended, one of them amid drug and sexual assault allegations.”

Via Inside Higher Ed: “The chancellor of Bob Jones University on Saturday apologized for a statement he made in 1980, while president of the university, that gay people should be stoned to death.”

Enrollment at the University of Phoenix is down by over 50% over the past 5 years, reports CNN.

Sweet Briar College alumnae want the school’s president and board to resign.

“Should College Administrators Yik Yak Back?” 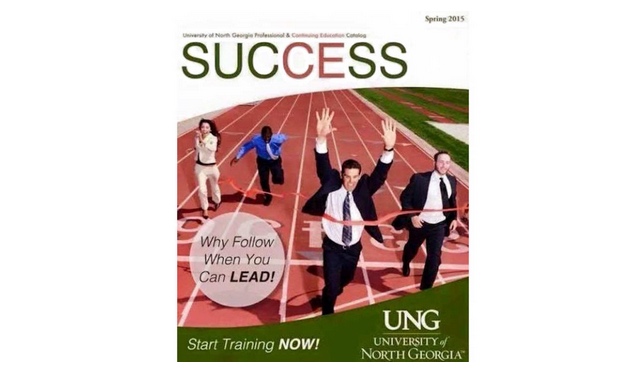 
PARCC tests in the Swedesboro-Woolwich (New Jersey) school district have been postponed as its entire computer network is being held hostage by ransomware in exchange for 500 Bitcoins, approximately $124,000. If the ransom is not paid, all the data on the network will be deleted.

“About 600 high school students in eastern India were expelled this week for cheating on pressure-packed 10th-grade examinations,” reports The New York Times. (Be sure to click through to see the footage of students climbing up the walls of the school to share cheat sheets with their fellow classmates.)

Via The Washington Post: “Debate over test security vs. student privacy rages in the age of social media.”


First: the University of Oregon says it’s returned a students confidential files to the UO Counseling Center. Then: “An employee of the University of Oregon counseling center says she has been fired for signing a letter criticizing the university for accessing an 18-year-old student's therapy records,” reports The Register Guard. Those records were accessed by the UO, it contends, as part of its defense in a lawsuit by the student, who was allegedly raped by three of the school’s basketball players.

Via The Guardian: “Nearly two-thirds of Americans continue to oppose the idea of paying big-time college athletes, though a majority support providing health insurance to student-athletes after they graduate, according to an HBO Real Sports/Marist poll released on Wednesday. But support for payment was supported by a majority of African-Americans.”

UNC coach Dean Smith, who passed away last month, “directed his trust in his will to give $200 to every letter winner who played for him during his 36 seasons as head coach at the school.”


Doug Belshaw is leaving Mozilla, which is a huge loss for the organization’s education efforts. Among other things, Belshaw helped frame Mozilla’s Web Literacy initiative.

Bethany Nowviskie will become the new director of the Digital Library Federation.

Grover “Russ” Whitehurst is no longer the director of the Brookings Institution’s Brown Center on Education Policy.

Politico reports that ISTE’s senior director of government relations, Hilary Goldmann, “is headed to The National Association of Federally Impacted Schools to serve as the group’s new executive director.”


Hacker School has changed its name to the Recurse Center.

Via Edukwest: “Don Burton, former Managing Director of the Kaplan/Techstars EdTech Accelerator, and Jonathan D. Harber, co-founder and CEO of Schoolnet, [have] teamed up to launch a new edtech accelerator program in New York.”

Tales2Go has raised $2.4 million from NewSchools Venture Fund and the Maryland Venture Fund. The startup, described as “Netflix for children's audio books,” has raised $3.9 million total.

Schoolrunner has raised $1.5 million from The Colorado Impact Fund for its student information system.

Bonnier Business Press has acquired Clio Online – “Denmark's largest publisher of digital learning materials,” according to the press release (which does not detail the terms of the deal).


According to a report released by the Education Department's National Center for Education Statistics, “After taking grants into account, the average full-time undergraduate in 2011–12 paid a net price of $11,700 to attend a public two-year college and $18,000 for public four-year college. Include loans, work-study and other forms of aid and the out-of-pocket costs come in at $9,900 and $11,800, respectively.”

The Brookings Institution on the gender gap in reading levels: “Girls, boys, and reading.”

“In Defense of Snow Days” – according to research published by Education Next, school closures due to bad weather have little or no effect on student achievement.

From the American Association of University Women: “Solving the Equation: The Variables for Women's Success in Engineering and Computing.”

“How Much Do College Students Actually Pay For Textbooks?” asks Phil Hill, who calculates the answer at about $600 per year.

Baltimore Ravens John Urschel is smarter than you. (He just co-authored a paper in the Journal of Computational Mathematics titled “A Cascadic Multigrid Algorithm for Computing the Fiedler Vector of Graph Laplacians.” I’m going to take his word for it.)