You can trace the history of ed-tech through many education philosophies and through many technologies. Too often we fail to trace that history at all – a pity because then we don’t think about the trajectory that our storytelling places us on.

And too often, we focus simply on technologies related to the computer and the Internet. Broadcast has long history of usage in the classroom; and radio, film, and television have been seen as appropriate, if not innovative technological interventions in teaching and learning. In part, it’s because broadcast offers a way to deliver lessons and lectures at scale, but also, broadcast is readily viewed as analogous to what educators already do (or what people think educators do): that is, perform a script in front of students. And the better the production value of the performance supposedly, the better the learning.

One of the things that’s striking about the passages below – taken from a lecture delivered by Buckminster Fuller in 1961 (and published in Education Automation) – is how much his descriptions of educational television and two-way TV sound like today’s MOOCs.

I have taken photographs of my grandchildren looking at television. Without consideration of the “value,” the actual concentration of children on the message which is coming to them is fabulous. They really “latch on.” Given the chance to get accurate, logical, and lucid information at the time when they want and need to get it, they will go after it and inhibit it in a most effective manner. I am quite certain that we are soon going to begin to do the following. At our universities we will take the people who are the faculty leaders in research or in teaching. We are not going to ask them to give the same lectures over and over each year from their curriculum cards, finding themselves confronted with another roomful of people and asking themselves, “What was it I said last year?” This is a routine which deadens the faculty member. We are going to select, instead, the people who are authorities on various subjects – the people who are most respected by others within their respective departments and fields. They will give their basic lecture course just once to a group of human beings, including both the experts in their own subject and bright children and adults without special training in their field. These lectures will be recorded as Southern Illinois University did my last lecture series of fifty-two hours in October 1960. They will make moving-picture footage of the lectures as well as hi-fi tape recording. Then the professors and their faculty associates will listen to the recordings time and again.


“What you say is very good,” the professor’s associates may comment, “but we have heard you say it a little better at other times.” The professor then dubs in a better statement. Thus begins complete reworking of the tape, cleaned up, and cleaned up some more, as in the moving-picture cutting, and new illustrative “footage” will be added on. The whole of a university department will work on improving the message and conceptioning of a picture for many months, sometimes for years. The graduate students who want to be present in the university and who also qualify to be with the scholars who have great powers and intellectual capability, together with the faculty, may spend a year getting a documentary ready. They will not even depend upon the diction of the original lecturer, because the diction of that person may be very inadequate to the professor’s really fundamental conceptioning and information, which should be superb. A professor’s knowledge may be very great, but a scholar may be a poor lecturer because of poor speaking habits or false teeth. Another voice will take over the task of getting the professor’s exact words across. Others will gradually process the tape and moving-picture footage, using communications specialists, psychologists, etc.


For instance, I am quite certain that some day we will take a subject such as Einstein’s theory of relativity, and with the “Einstein” of the subject and his colleagues working on it for a year, we will finally get it reduced down to what is “net” in the subject and enthusiastically approved by the “Einstein” who gave the original lecture. What is net will become communicated so well that any child can turn on a documentary device, a TV, and get the Einstein lucidity of thinking and get it quickly and firmly. I am quite sure that we are going to get research and development laboratories of education where the faculty will become producers of extraordinary moving-picture documentaries. That is going to be the big, new educational trend.

What teaching consists of, according to this framework, is repeating the same “curriculum cards” year after year. There is no consideration here of discussion or dialogue; no consideration of tutoring. Teaching is content delivery; broadcast can do that more efficiently. Technology makes the lecture editable, remixable, "fixable." 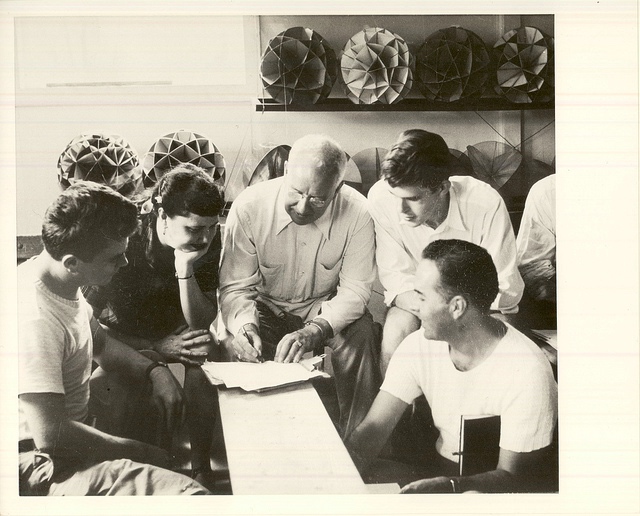 Fuller predicted that television wouldn’t simply involve the broadcast of one (station, signal) to many (households, individuals). He also envisioned individuals being able to broadcast or signal back. But this forecasting fails to recognize learning as a robustly social exchange. In Fuller’s imagined beaming system,

There is a direct, fixed, wireless connection, an actual direct linkage to individuals, and it works in both directions. Therefore, the receiving individual can beam back, “I don’t like it.” He may and can say “yes” or “no.” This “yes” or “no” is the basis of a binary mathematical system, and immediately brings in the “language” of modern electronic computers. With two-way TV, constant referendum of democracy will be manifest, and democracy will become the most practical form of industrial and space-age government by all people, for all people.


It will be possible not only for an individual to say, “I don’t like it,” on his two-way TV but he can also beam-dial (without having to know mathematics), “I want number so and so.” It is also possible with this kind of two-way TV linkage with individuals’ homes to send out many different programs simultaneously; in fact, as many as there are two-way beamed-up receiving sets and programs. It would be possible to have large central storages of documentaries – great libraries. A child could call for a special program information locally over the TV set.


With two-way TV we will develop selecting dials for the children which will not be primarily an alphabetical but a visual species and chronological category selecting device with secondary alphabetical subdivisions. Children will be able to call up any kind of information they want about any subject and get the latest authoritative TV documentary, the production of which I have already described to you. The answers to their questions and probings will be the best information that is available up to that minute in history. 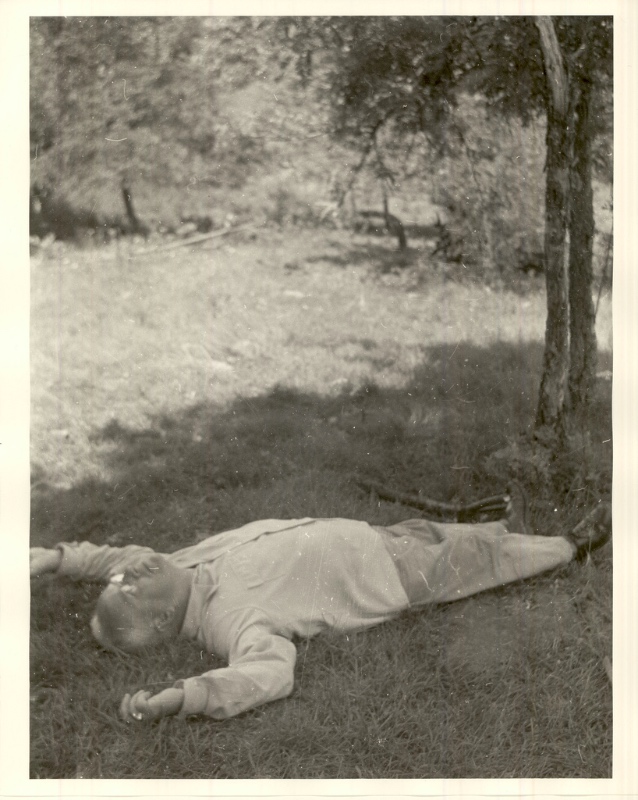 Here we have an early fantasy of the future learner – what Tressie McMillan Cottom has called the “roaming autodidact,” unencumbered by any institutional, societal obstacles.

“Real education,” Fuller writes, “will be something to which individuals will discipline themselves spontaneously under the stimulus of their own ticker-tapes – their individually unique chromosomes.” And as Cottom has argued, it’s not simply about being self-taught by broadcast television (or, in her research, online education or MOOCs); it is also about that adjective “roaming.” Indeed, Fuller observes that “we are mobile,” and that mobility will upset traditional political and social institutions.

All this will bring a profound change in education. We will stop training individuals to be “teachers.” Much of the educational system today is aimed at answering: “How will I survive? How am I going to get a job? I must earn a living.” That is the priority item under which we are working all the time – the idea of having to earn a living. That problem of “how are we going to earn a living?” is going to go out the historical window, forever, in the next decade, and education is going to be disembarrassed of the unseen “practical” priority bogeyman. Education will then be concerned primarily with exploring to discover not only more about Universe and its history but about what Universe is trying to do, about why human beings are part of it, and about how can, and may humanity best function in universal evolution.


Automation is with us. There is no question about it.

There will be no worker as traditionally theorized, Fuller argues. “People will be essential to the industrial equation but not as workers. People are going to be utterly essential as consumers – what I call regenerative consumers.”

We as economic society are going to have to pay our population to go to school and pay it to stay in school. That is, we are going to have to put our whole population into the educational process and get everybody realistically literate in many directions. Quite clearly, the new political word is going to be investment. It is not going to be dole, or socialism, or the idea of people hanging around in bread lines. The new popular regenerative investment idea is actually that of making people more familiar with the patterns of Universe, that is with what people have learned about Universe to date, and that of getting everybody intercommunicative at ever higher levels of literacy. People are then going to stay in the education process. They are going to populate ever increasing numbers of research laboratories and universities."

The new education technology to address this: Fuller’s invention the Geoscope, a 200-foot diameter geodesic sphere covered in lights and computers, displaying historical and current data. “All world data would be dynamically viewable and picturable and relayable by radio to all the world, so that common consideration in a most educated manner of all world problems by all world people would become a practical event.”

Schools for young students will continue to exist, Fuller argues, "because of the growing need for babysitters." (Oh. Well then.) But, thanks in part to educational television, children will grow into scholars.

The universities are going to be wonderful places. Scholars will stay there for a long, long time – the rest of their lives – while they are developing more and more knowledge about the whole experience of humanity. All people will be going around the world in due process as everyday routine search and exploration, and the world-experiencing patterning will be everywhere – all students from everywhere all over the world."

“The University of Everywhere” – on the horizon, imagined by futurists now for over 50 years. 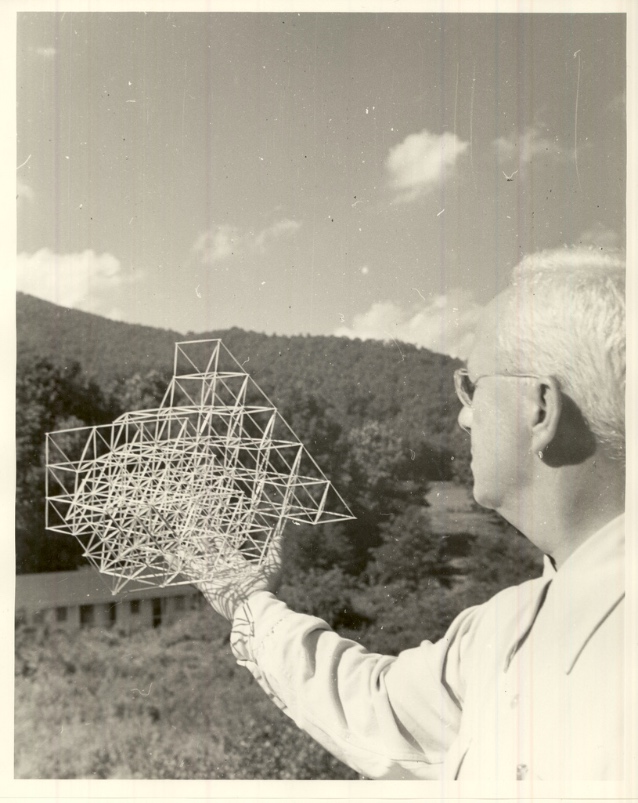