Ed-Tech and the Californian Ideology

I pointed to the discussions of education technology in the press – The New York Times op-eds, for example, that prompted the University of Virginia’s Board of Visitors to fire president Teresa Sullivan for not moving to MOOCs fast enough, or the repeated proclamations that Sal Khan and the instructional videos at Khan Academy are “the messiah of math,” poised to save students and boost test scores.

“Education is broken,” and technology will fix it. It’s an old and tired refrain, but it’s a refrain nonetheless, repeated over and over. It’s a core theme I point to in the “Silicon Valley narrative.” 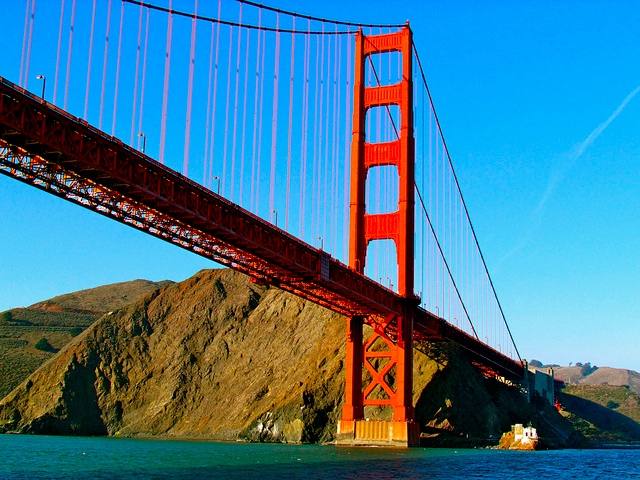 But the phrase “Silicon Valley narrative” – one that, I confess, I use a lot in my work – does have some flaws.

After all, the powerful forces at play in education technology don’t simply emanate from Silicon Valley, which sticklers about geography will readily point out only includes one part of the San Francisco Bay area. Silicon Valley’s locus (historically at least) is San Jose, not San Francisco, where many startups are located today. “Silicon Valley” is not an adequate term to describe where Bay Area tech companies or their investors reside. And the phrase surely obscures the international scope of the operations of the technology industry – tax havens in Ireland, manufacturing in China, and so on.

I think “narrative” is probably inadequate too. Yes, I’m particularly interested in the stories we tell about technology – its past, present, and future. I am interested in the ways in which our discursive practices shape the way we move through the world – what we build, what we buy.

The better term here is “ideology.” 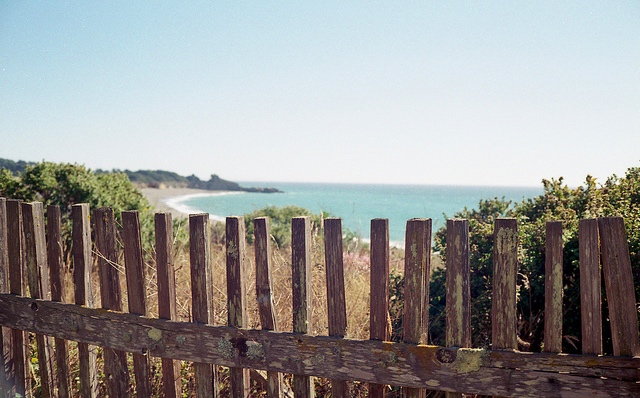 To better analyze and assess both technology and education technology requires our understanding of these as ideological, argues Neil Selwyn – “‘a site of social struggle’ through which hegemonic positions are developed, legitimated, reproduced and challenged.” In Distrusting Educational Technology, Selwyn identifies three contemporary ideologies that are intertwined with technology (many of which my shorthand “Silicon Valley narrative” are meant to reference): libertarianism, neoliberalism, and “the ideology of the ‘new economy.’” He writes,

Most people, it would seem, are happy to assume that educational technologies are ‘neutral’ tools that are essentially free from values and intent (or, at most, shaped by generally optimistic understandings and meanings associated with educational change and improvement). In this sense, it is difficult at first glance to see educational technology as entwined with any aspect of the dominant ideologies just described. Yet, as was noted earlier, one of the core characteristics of hegemony is the ability of dominant ideologies to permeate commonsensical understandings and meaning. Following this logic, then, the fact that educational technology appears to be driven by a set of values focused on the improvement of education does not preclude it also serving to support and legitimate wider dominant ideological interests. Indeed, if we take time to unpack the general orthodoxy of educational technology as a ‘positive’ attempt to improve education, then a variety of different social groups and with different interests, values and agendas are apparent. …While concerned ostensibly with changing specific aspects of education, all of these different interests could be said to also endorse (or at least provide little opposition to) notions of libertarianism, neo-liberalism and new forms of capitalism. Thus educational technologies can still be said to be ‘ideologically freighted’, although this may not always be a primary intention of those involved in promoting their use.

We tend not to see education technology as ideological. (No doubt, we largely fail to scrutinize the ideology of education as well.) We do not recognize the ways in which education technology can, as Selwyn notes, “accommodate all these agendas (from the countercultural to the commercial) with little sense of incompatibility or conflict.” How does a push for “self-directed learning” feed a libertarian anti-institutionalism? How does the mantra “everyone needs to learn to code” serve the interests of global capitalism? How much of the “Maker Movement” is venture-backed consumerism? What does it say that this profitable version of "making" dovetails so neatly with some visions of progressive education?

We don’t ask; we don’t answer. We shrug and assent that education technology is necessary; progress demands it. 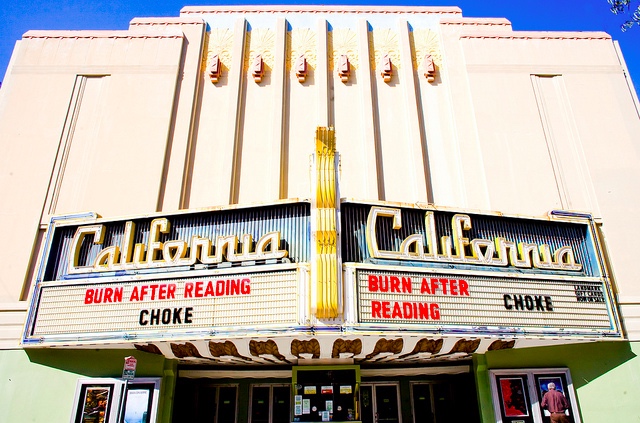 As much as the phrase “Silicon Valley narrative” doesn’t work for reasons of geographic specificity – I’m going to stop using it, I promise – I still find the phrase “Californian ideology” quite compelling. Or to be more precise – and that’s the point, right? – I find the arguments of Richard Barbrook and Andy Cameron in their 1995 essay “The Californian Ideology” to be remarkably prescient:

At the end of the twentieth century, the long predicted convergence of the media, computing and telecommunications into hypermedia is finally happening. Once again, capitalism’s relentless drive to diversify and intensify the creative powers of human labour is on the verge of qualitatively transforming the way in which we work, play and live together. By integrating different technologies around common protocols, something is being created which is more than the sum of its parts. When the ability to produce and receive unlimited amounts of information in any form is combined with the reach of the global telephone networks, existing forms of work and leisure can be fundamentally transformed. New industries will be born and current stock market favourites will swept away. At such moments of profound social change, anyone who can offer a simple explanation of what is happening will be listened to with great interest. At this crucial juncture, a loose alliance of writers, hackers, capitalists and artists from the West Coast of the USA have succeeded in defining a heterogeneous orthodoxy for the coming information age: the Californian Ideology.


This new faith has emerged from a bizarre fusion of the cultural bohemianism of San Francisco with the hi-tech industries of Silicon Valley. Promoted in magazines, books, TV programmes, websites, newsgroups and Net conferences, the Californian Ideology promiscuously combines the free-wheeling spirit of the hippies and the entrepreneurial zeal of the yuppies. This amalgamation of opposites has been achieved through a profound faith in the emancipatory potential of the new information technologies. In the digital utopia, everybody will be both hip and rich. Not surprisingly, this optimistic vision of the future has been enthusiastically embraced by computer nerds, slacker students, innovative capitalists, social activists, trendy academics, futurist bureaucrats and opportunistic politicians across the USA. As usual, Europeans have not been slow in copying the latest fad from America. While a recent EU Commission report recommends following the Californian free market model for building the information superhighway, cutting-edge artists and academics eagerly imitate the post human philosophers of the West Coast’s Extropian cult. With no obvious rivals, the triumph of the Californian Ideology appears to be complete.


The widespread appeal of these West Coast ideologues isn’t simply the result of their infectious optimism. Above all, they are passionate advocates of what appears to be an impeccably libertarian form of politics – they want information technologies to be used to create a new ‘Jeffersonian democracy’ where all individuals will be able to express themselves freely within cyberspace. However, by championing this seemingly admirable ideal, these techno-boosters are at the same time reproducing some of the most atavistic features of American society, especially those derived from the bitter legacy of slavery. Their utopian vision of California depends upon a wilful blindness towards the other – much less positive – features of life on the West Coast: racism, poverty and environmental degradation. Ironically, in the not too distant past, the intellectuals and artists of the Bay Area were passionately concerned about these issues. 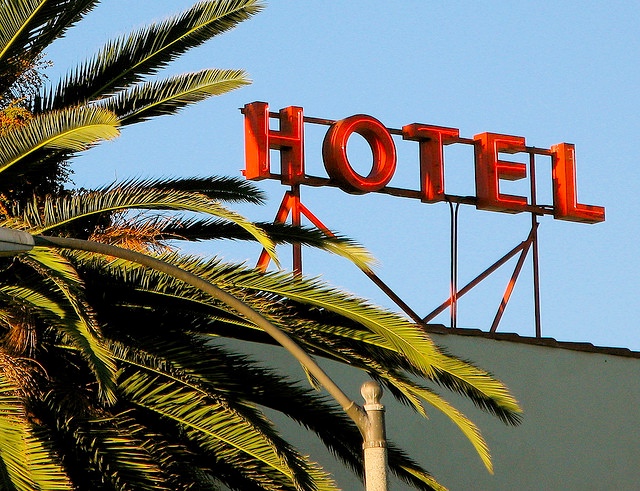 There are many elements of that phrase “California ideology” that I find quite compelling. California is the promised land, the end-of-the-road of the US’s westward expansion, the fulfillment of Manifest Destiny, colonization upon colonization, the gold rush, the construction of an invented palm-tree paradise. California includes geographically – ideologically – both Hollywood and Silicon Valley. California is media plus technology, both of which readily export their products (and narratives and ideologies) globally. California built an amazing public higher education system; Governor Reagan, fearing radicalism and intellectualism, began the move to dismantle it. California is always already the future; California rejects and rewrites the past.

California also produces two-thirds of this country’s produce, of course. Over a third of the nation’s farmworkers work in California; 95% of them were born outside the US.

The California ideology ignores race and labor and the water supply; it is sustained by air and fantasy. It is built - historically as today - upon white supremacy and imperialism. But we’re so wrapped up in the marketing, we don’t stop to ask more questions about the source.

How much of education technology reinforces and reinscribes the dominant forces of production and power? Under what circumstances, swayed by which stories, do we not even notice?