Seattle public school teachers have voted to strike if their union cannot reach an agreement with the district by the time school starts on Wednesday.

A law protecting student data has been signed in Delaware – privacy legislation is a “trend,” says Education Week.

California community colleges might seek a new accreditor – that’s the recommendation of a task force, at least. More in Inside Higher Ed.

According to a report released by the Department of Education, it has forgiven the student loans of 3000 former Corinthian students. (That’s out of the 8000-ish who’ve applied to have their debts erased.)

The Department of Education announced it was awarding $25 million in grants to Twin Cities Public Television and the Corporation for Public Broadcasting for kids’ TV.

The Department of Education announced that Michigan State University has mishandled multiple cases of sexual assault and harassment, failing to investigate student complaints, in violation of Title IX.

More connections between Hillary Clinton and for-profit education provider Laureate Education. (Her husband was also an honorary chancellor, paid $16.5 million between 2010 and 2014.) Apparently Clinton pushed for Laureate to have a seat at a higher ed policy dinner hosted by the State Department. (Worth noting perhaps: the State Department partnered with Coursera to promote MOOCs globally. Laureate is an investor in Coursera.)


The Washington State Supreme Court has just ruled that charter schools are unconstitutional.

Public school parents do not have a constitutional right to decide where to send their children to school (unless they choose to enroll their child in a private school), the Eighth U.S. Circuit Court of Appeals ruled this week.

Via The Oregonian: “The Oregon Court of Appeals breathed new life Wednesday into a lawsuit filed by a young woman who was raped during a Halloween party at an Oregon State University fraternity, ruling that the local Phi Kappa Psi chapter could be held liable for failing to shield the woman from harm.”

Via The New York Times: “Owen Labrie of St. Paul’s School Is Found Not Guilty of Main Rape Charge.”

“The family of a student at the Fay School in Southboro has filed a lawsuit claiming the school’s strong Wi-Fi signal caused the boy to become ill,” the Worcester Telegram reports.

According to an investigation by ProPublica, “Asians Are Nearly Twice as Likely to Get a Higher Price from Princeton Review.”

Via the AP: “As Common Core results trickle in, initial goals unfulfilled.”

Via Edsource: “The California Department of Education on Friday began restoring historical test data that it deleted from the most accessible part of its website earlier this month, following criticism that it did so to discourage the public from making comparisons to the results of new tests aligned to the Common Core standards.”


Copy-and-pasted from the press release: “The world’s first GROOC - a MOOC (Massive Open Online Course) for groups - co-created by internationally renowned management expert Henry Mintzberg will be launched by McGill University and edX.” There are so many problems with this, least of which being (once again) an erasure of the connectivist roots of MOOCs, but my only response: 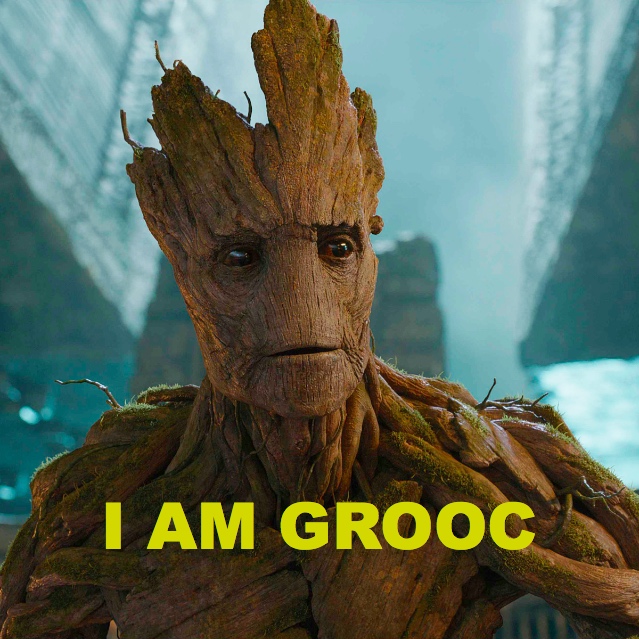 The University of Central Florida now boasts “mega-classes,” “enrolling in one case nearly four times as many students as their assigned classrooms can seat and students sprawled in the aisles.” But you can watch the videos streaming online so that’s fun for those who’ve actually paid to attend a residential school.


New York State’s attorney general Eric Schneiderman has reached a deal that could pave the way for Cooper Union to once again be tuition-free. More details via The New York Times, Inside Higher Ed, and The Committee to Save Cooper Union.

“Harvard Business School really has created the classroom of the future,” Fortune wants us to believe. “Truth be told, an HBX Live session is more a show than a class.” Oh. I. See.

Via The LA Times: “A student at the University of North Carolina at Chapel Hill has raised concerns about the school’s Literature of 9/11 seminar course, claiming the required readings for the class are ”sympathetic towards terrorism.“ Alec Dent, a freshman journalism major at UNC, hasn’t taken the class or read any of the books on the syllabus, but said he’s concerned that the class isn’t ”fair and balanced." (The media really seems to enjoy these stories of trigger warnings and moral refusal, don’t they.)

“New report finds ongoing iPad and technology problems at L.A. Unified,” reports The LA Times’ Howard Blume. (And according to the LA School Report, there are hints there may be more problems arising from the FBI’s investigation into the Pearson/Apple/LAUSD deal.)

Three students were shot, one fatally, this week at Sacramento City College.

One student was fatally shot at Savannah State University.

The statue of Jefferson Davis has been removed from the University of Texas, Austin campus.

Via The Chronicle of Higher Education: “How One University Uses a ‘Mental-Health Kiosk’ to Reach Students.”

“Ulster University is to close its school of modern languages at its Coleraine campus and cut maths degrees as a result of budget reductions,” the BBC reports.

“Nearly half of 60 Japanese national universities that have humanities and social science faculties plan to abolish those departments in the 2016 academic year or later,” says University World News.

Penn State is doing a thing called “EdTech Network” that’s something to do with innovation and entrepreneurship. Certainly the name is very very forward-looking.

“The Hottest Bar in Philly Is on Top of a Shuttered Public School.”


Baylor University continues to investigate (or maybe starts a new investigation?) into the university’s handling of a sexual assault accusation against one of its football players.

“Six of the seven teenagers charged with sexually abusing teammates in a football hazing scandal at the high school in Sayreville, N.J., last fall were sentenced to probation and 50 hours each of community service,” according to The New York Times.

Via Education Week: “A school district says it’s investigating a mass baptism on a public high school football field after video footage of the Aug. 17 incident was posted online.”

Via Inside Higher Ed: “The University of Illinois at Urbana-Champaign on Friday abruptly fired its head football coach, Tim Beckman, after an external review into the coach’s behavior revealed that he put his players at risk by deterring them from reporting injuries and pressuring them to continue playing when hurt.”

“Dartmouth College Adds A Robot To Its Practice Football Team,” says NPR. And yeah. I can totally get behind robots replacing schools’ football coaching staff, I think.


University of Iowa will have a new president this fall, former IBM senior vice president Bruce Harreld. Faculty and grad students are not pleased, pointing out his utter lack of experience in higher ed administration.

Inside Higher Ed reports that Sally Stroup will be stepping down “as executive vice president for government relations and legal counsel for the Association of Private Sector Colleges and Universities (APSCU), which is the for-profit industry’s primary trade group.”

Facebook announced this week that it is working on building software for the Summit charter school chain. Because “personalization.” (See: Buzzfeed and The New York Times for coverage.) It’s a conveniently timed news release to distract us from The Prize, a new book by Dale Russakoff that details what happened to Mark Zuckerberg’s $100 million donation to the Newark Schools. (Remember how Zuckerberg made a $100 million donation to the Newark Schools to distract us from the unflattering portrayal of him in The Social Network? The beat goes on…) Related: Edsurge covers how some of that money is being funneled to teachers via a startup called ClassWallet (its list of funders here): “Teachers will each receive $100 in ClassWallet credit that can be spent on supplies sold by 40 partnering vendors, including Amazon, Scholastic and Best Buy. Principals will get $7,500 that can be spent on professional development, community initiatives and parenting programs.”

Speaking of “personalization,” Inside Higher Ed’s Carl Straumsheim wrote about the so-called adaptive software offered by JumpCourse, demonstrating that it was pretty easy to guess one’s way through the coursework, something that can eventually lead to ACE credit: “General Ed Cheap and Easy.” As adaptive learning CEOs are wont to do, the CEO invokes “learning styles” (in part) as to why this is all okay.

Google has a new logo. It also wants to remind schools to hand over their data use Google Docs and Google Classroom.

Via Nichole Dobo at The Hechinger Report: “Mind blown: Is a brain-wave reading, Gucci-designed headband coming to a classroom near you?” (No. No, it’s not. Because this is an example of “neurobollocks.” That is bullshit masking as neuroscience.)

Spotlight Education has raised $250,000 in seed investment from anonymous investors. According to Edsurge, “Spotlight’s self-titled product aggregates data sources within a school to produce automated, customized and written reports for teachers, parents and students.”

McGraw-Hill Education plans to IPO, says Reuters, hoping to raise between $5 billion and $6 billion. Because textbooks.

Reuters also reports that HotChalk is in talks to raised some $75 million in funding.

CaseNEX and Longleaf Solutions, which describe themselves as “innovative leaders of data management and professional development solutions for the K–12 education market,” have merged, says their joint press release.

According to the Future of Privacy Forum, 87% of parents are concerned about student data security.


Education Week’s Sarah Sparks looks at research on the length of commute to school based on family income. (Spoiler alert: “When You’re Poor or Homeless, It Can Be a Long Trip to School.”)

The Century Foundation has released a report cautioning against moves to expand federal aid eligibility to coding bootcamps.

According to SchoolDude (!), a company that tracks schools’ facility maintenance, “an estimated $330 million will be spent fixing a myriad of problems that arise in K–12 facilities” during the first two weeks of school.

According to a survey conducted by the University of Phoenix, “K–12 Teachers Use Social Media at Home, But Not in Class.”

Via Vox: “Next time someone says students should work their way through college, show them this map.”

“Do Kids Actually Eat the Healthier School Lunch Option?” (And does that impact their long term health? The evidence is unclear, says The Pacific Standard.)

Via the School Library Journal: “The State of the School Ebook Market.”