Virtual reality is, once again, being heralded as a technology poised to transform education. I say “once again” because virtual reality has long been associated with such promises. VR appeared in some of the earliest Horizon Reports for example, with the 2007 report positing that virtual worlds would be adopted by higher ed institutions within two to three years’ time; funnily enough, the 2016 report offers the same outlook: we’re still two to three years out from widespread adoption of VR.

The history of VR goes back much farther than this – the phrase “virtual reality” was coined in 1987 by Jaron Lanier, but attempts to create the illusion of being somewhere else – through art and/or technology – date back farther still.

“But this time it’s different.” That’s the common response from some quarters to my (repeated) assertion that there’s a substantial history to education technologies – to both the technologies themselves and to the educational purposes for which they’re designed or utilized – that is consistently ignored.

This much is true: augmented reality and virtual reality startups have seen record-setting levels of venture capital in recent years predicated on advancements in the tech (although much of that investment has gone to just a handful of companies, such as Magic Leap). In 2014, Facebook acquired Oculus VR, Google released its Cardboard viewer, and Playstation announced it was working on a VR gaming headset – these have all been interpreted in turn as signs that virtual reality will soon be mainstream.

“Soon.” As the New Media Consortium’s annual reports should serve to remind us, VR has always been “on the horizon.” 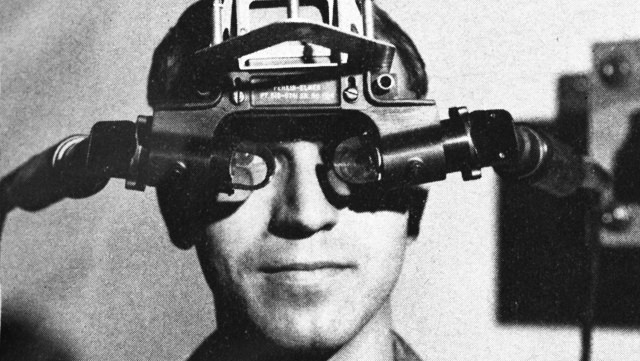 (The Sword of Damocles, built in 1968 by Ivan Sutherland)

Today’s ed-tech entrepreneurs are wont to claim that they’ll be the “first” to bring virtual reality to schools, and that today’s ed-tech journalists rarely fact-check or dispute these statements underscores how little either seems to know or care about ed-tech history. But the problem, as some long-time VR developers insist, isn’t simply that these folks don’t know much about technology’s past: it’s that they don’t know their research (also a huge problem); and quite arguably, they seem unfamiliar with any of the debates about design or definitions. I mean, what is virtual reality?


There’s a hint as to an answer to that question – or at least to the question “what isn’t virtual reality?” – in this Wired headline from late last year: “Stop Calling Google Cardboard’s 360-Degree Videos ‘VR’.” But in many ways, I fear, the answer (and the definition) might not matter. If the product label says it’s VR, then it’s VR; if the pundits and press say it’s innovation, then it’s innovation; if they say it’s disruption, then it’s disruption.

Even with new, consumer-oriented VR devices coming (soon! right?) to market, the bar for “what counts” as virtual reality might be getting lower, particularly for schools – who, in fairness, would be unlikely to afford the high-end machinery VR requires, something that was also a stumbling block a decade ago when the promises of “virtual worlds” in education mostly involved Second Life. Nowadays the adjective “virtual” is applied to all sorts of digital media, games, and simulations with such frequency that the phrase “virtual reality” might have lost almost all meaning or specificity.

Virtual reality, at least in its “purest” or strictest sense, does still require some very expensive and cumbersome hardware in order to create something more than an “immersive” viewing experience. Headsets. Gloves. Sensors. Projectors. Processors. To truly provide a virtual reality, the technology must achieve “sensory immersion in a virtual environment, including a sense of presence,” game developer and VR scholar Brenda Laurel recently argued, listing a series of requisite characteristics almost entirely absent from the multimedia products marketed to schools as VR.

The focus of many these products remains a visual learning experience, and as such, the slideshows and videos peddled by today’s ed-tech companies offer about as much “VR” as the Victorian stereoscope. (The technique of creating an illusion of three-dimensionality is almost identical: a combination of lenses and imagery that trick the brain into interpreting depth.)

But just as striking as the parallel between the old and new stereoscopy technology is the similarity of their marketing messages: why should schools adopt this technology? The rationale for these latest “View-Masters” is almost unchanged from that offered by new media proponents almost a century ago. 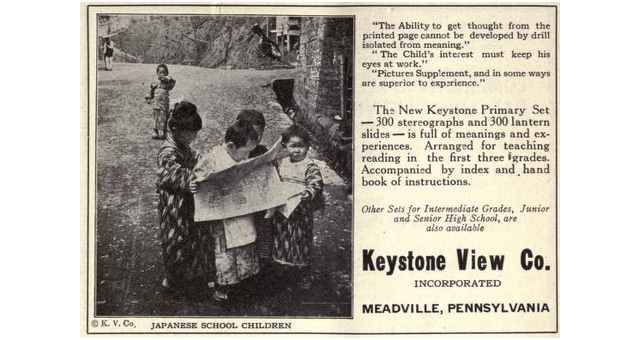 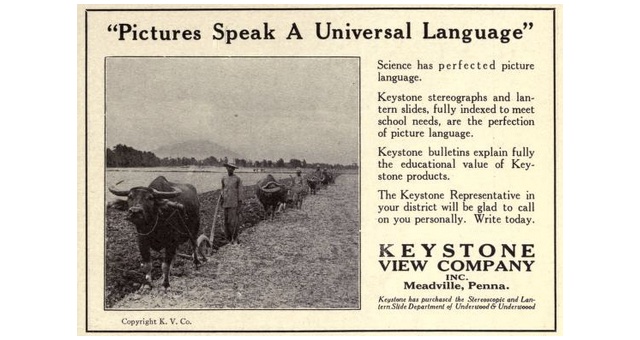 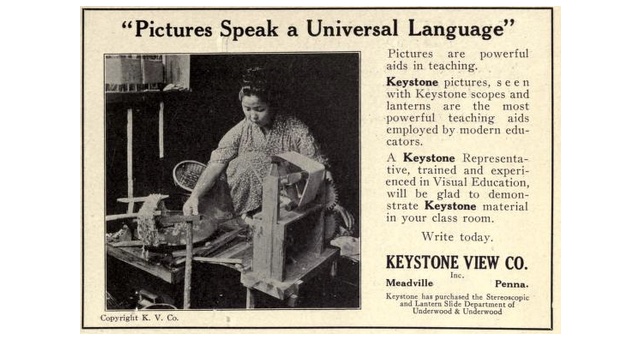 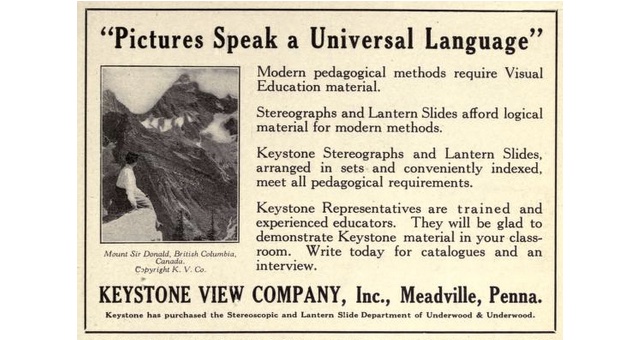 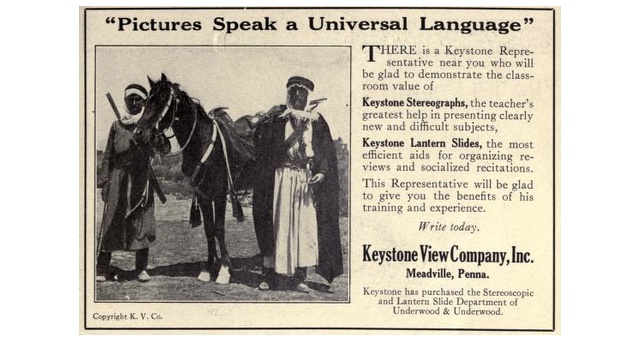 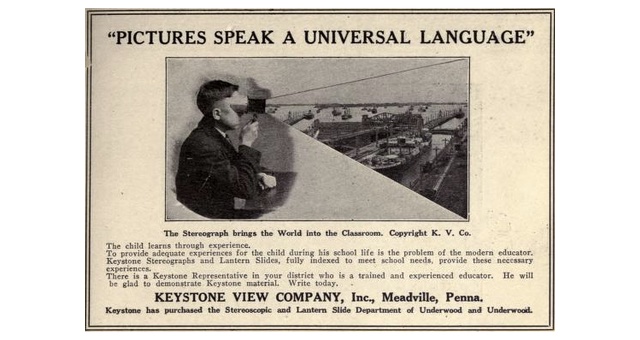 Google has been among the loudest lately at trumpeting the potential for “virtual field trips” with its Expeditions product. But as I’ve argued previously, it’s not remotely clear that the positive benefits of going on actual field trips extend to the experience of watching a 360 degree video via a device strapped to your face. (Okay okay, these new VR products certainly sound a lot less exciting when I describe them that way.) We don’t believe that field trips are the equivalent of watching educational films in class, do we? So why is VR any different?

According to the marketing hype – offered with very little recognition of any media research or media history – VR will be a new and unique “empathy machine.” A century after Thomas Edison’s famous assertion that “books will soon be obsolete in schools” thanks to the wonders of film, watching movies in class is re-presented as progressive pedagogy, as technological innovation.


There’s a different thread that one can trace to tell the history of VR in education – not merely watching educational films, in other words – and that’s the history of training simulations, which, if it includes modern war games, dates back at least to the early 19th century. (The military’s contributions to education technology are often overlooked, in a quest perhaps to position ed-tech as pedagogically, if not politically progressive. Or perhaps, again, it’s simply that folks don’t give a damn about history.)

The pedagogical structure and implications of simulations are quite different than those of “virtual field trips.” Rather than emphasizing learn-by-seeing, that is, educational simulations tout learn-by-doing. Or ideally, they do – a recent list of “The Top 10 Companies Working on Education in Virtual Reality and Augmented Reality” described this gem: “Lecture VR is a VR app … which simulates a lecture hall in virtual reality.” (There are echoes of Second Life here, no doubt, when universities carefully reconstructed their campuses and classrooms in a virtual setting.) 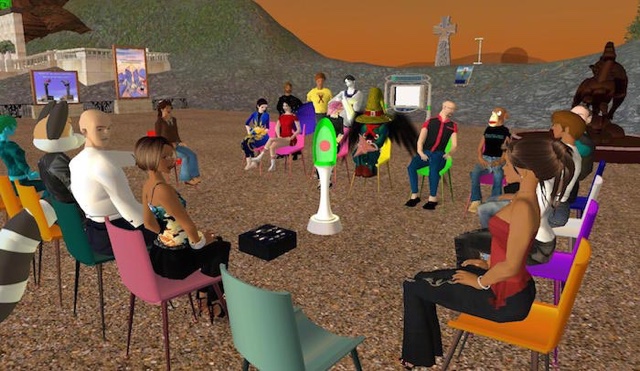 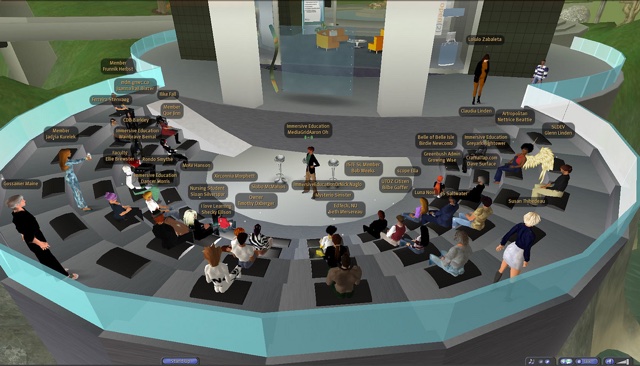 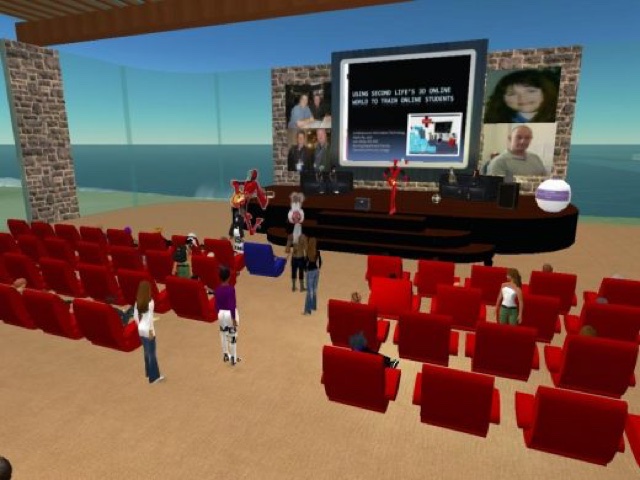 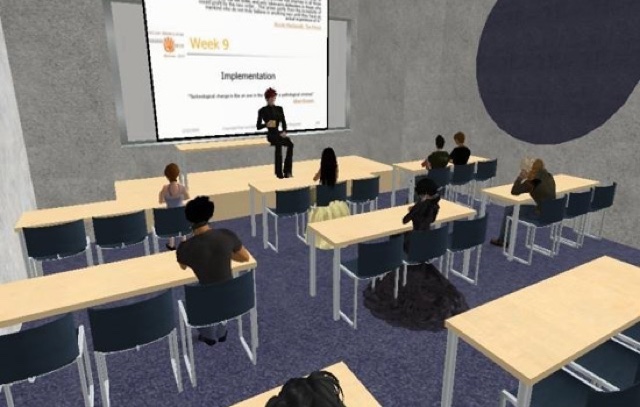 One of the earliest flight simulators – and yes, this predates the Microsoft software by over fifty years, but postdates the Wright Brothers by only about twenty – was developed by Edwin Link. He received the patent for his device in 1931, a machine that replicated the cockpit and its instruments. The trainer would pitch and roll and dive and climb, powered by a motor and organ bellows. (Link’s family owned an organ factory.)

Although Link’s first customers were amusement parks – and you can see on the patent title that the machine was called a “Combination training device for student aviators and entertainment apparatus” – the military bought six in June of 1934, following a series of plane crashes earlier that year immediately following the US Army Air Corps’ takeover of US Air Mail service. These accidents served to underscore the lack of pilots’ lack of training, particularly under night-time or inclement weather conditions. 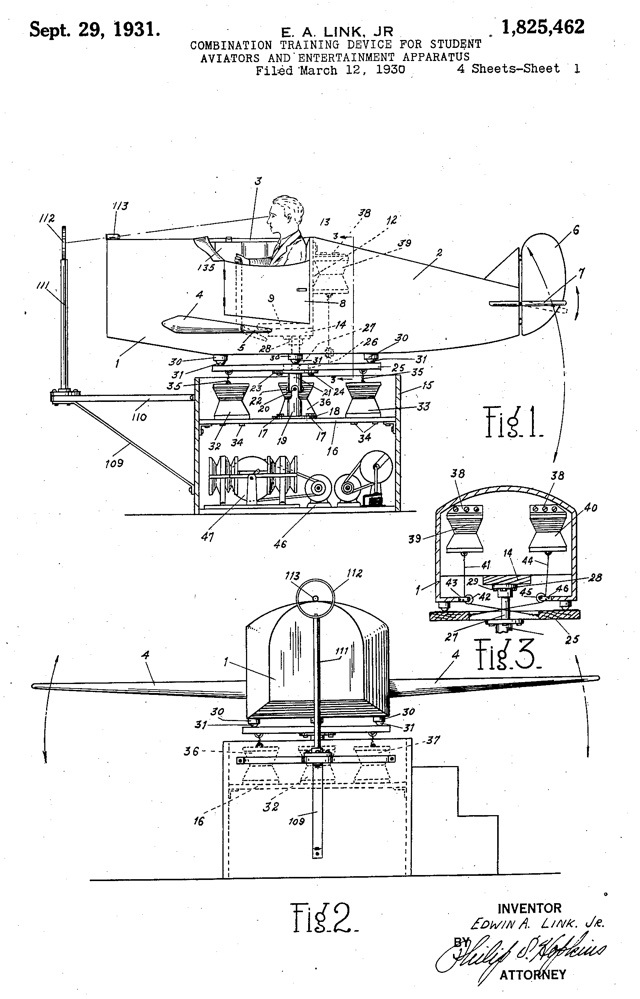 By the end of World War II, some 500,000 pilots had used the “Link Trainer,” and flight simulators have since become an integral part of pilot (and subsequently, astronaut) training. 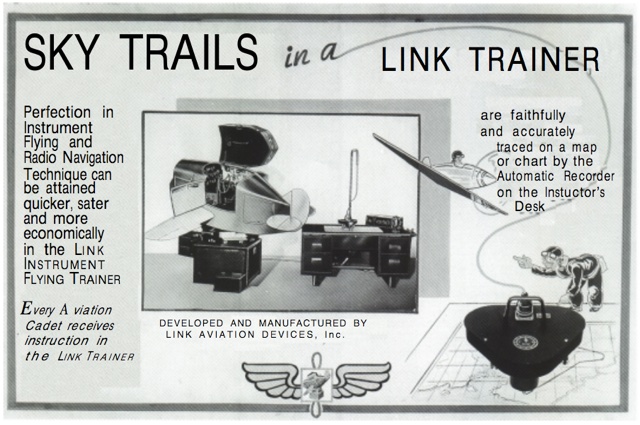 There’s a materiality, by design, to the flight simulator. Obviously, it’s meant to closely replicate the experience of flying an airplane. In the safety of training facility, you can get a “feel” for the controls; you can get a “feel” for how to react to turbulence. That “feel” is physical; it isn’t just visual and it isn’t virtual. It isn’t about having “empathy” for a pilot or the plane. The simulation provides an embodied experience as a pilot.

The body matters to learning.

Despite the promise of "immersion" in another reality, many of today’s VR products aimed at schools (often invoking specious scientific claims as the “case study” above demonstrates) don’t seem to think much about education and embodiment – that is, the materiality of our lived and learning experiences – despite, again from the example above, of an invocation of constructionism. (Actually, I’m pretty sure the company above meant “constructivism” here, since “constructionism” builds upon the learn-by-doing of constructivism by stressing the importance of the tangible not just the abstract.)

I’m reminded here of N. Katherine Hayles’ work in How We Became Posthuman:

one could argue that the erasure of embodiment is a feature common to both the liberal humanist subject and the cybernetic posthuman. Identified with the rational mind, the liberal subject possessed a body but was not usually represented as being a body. Only because the body is not identified with the self is it possible to claim for the liberal subject its notorious universality, a claim that depends on erasing markers of bodily difference, including sex, race, and ethnicity.

This erasure of bodies and identities and difference runs throughout today’s education technologies (built, as they still overwhelmingly are, by white men). Even without a VR headset, there’s a disembodied-ness with most digital learning. The imagined student using these new technologies is a “roaming autodidact,” as Tressie McMillan Cottom has argued.

And the imagined subject matter?