The Stories We Were Told about Education Technology (2018)

It’s been quite a year for education news, not that you’d know that by listening to much of the ed-tech industry (press). Subsidized by the Chan Zuckerberg Initiative, some publications have repeatedly run overtly and covertly sponsored articles that hawk the future of learning as “personalized,” as focused on “the whole child.” Some of these attempt to stretch a contemporary high-tech vision of social emotional surveillance so it can map onto a strange vision of progressive education, overlooking no doubt how the history of progressive education has so often been intertwined with race science and eugenics.

Meanwhile this year, immigrant, refugee children at the United States border were separated from their parents and kept in cages, deprived of legal counsel, deprived of access to education, deprived in some cases of water.

“Whole child” and cages – it’s hardly the only jarring juxtaposition I could point to.

2018 was another year of #MeToo, when revelations about sexual assault and sexual harassment shook almost every section of society – the media and the tech industries, unsurprisingly, but the education sector as well – higher ed, K–12, and non-profits alike, as well school sports all saw major and devastating reports about cultures and patterns of sexual violence. These behaviors were, once again, part of the hearings and debates about a Supreme Court Justice nominee – a sickening deja vu not only for those of us that remember Anita Hill ’s testimony decades ago but for those of us who have experienced something similar at the hands of powerful people. And on and on and on.

And yet the education/technology industry (press) kept up with its rosy repetition that social equality is surely its priority, a product feature even – that VR, for example, a technology it has for so long promised is “on the horizon,” is poised to help everyone, particularly teachers and students, become more empathetic. Meanwhile, the founder of Oculus Rift is now selling surveillance technology for a virtual border wall between the US and Mexico.

2018 was a year in which public school teachers all over the US rose up in protest over pay, working conditions, and funding, striking in red states like West Virginia, Kentucky, and Oklahoma despite an anti-union ruling by the Supreme Court.

And yet the education/technology industry (press) was wowed by teacher influencers and teacher PD on Instagram, touting the promise for more income via a side-hustle like tutoring rather by structural or institutional agitation. Don’t worry, teachers. Robots won’t replace you, the press repeatedly said. Unsaid: robots will just de-professionalize, outsource, or privatize the work. Or, as the AI makers like to say, robots will make us all work harder (and no doubt, with no unions, cheaper).

2018 was a year of ongoing and increased hate speech and bullying – racism and anti-Semitism – on campuses and online.

And yet the education/technology industry (press) still maintained that blockchain would surely revolutionize the transcript and help insure that no one lies about who they are or what they know. Blockchain would enhance “smart spending” and teach financial literacy, the ed-tech industry (press) insisted, never once mentioning the deep entanglements between anti-Semitism and the alt-right and blockchain (specifically Bitcoin) backers.

2018 was a year in which hate and misinformation, magnified and spread by technology giants, continued to plague the world. Their algorithmic recommendation engines peddled conspiracy theories (to kids, to teens, to adults). “YouTube, the Great Radicalizer” as sociologist Zeynep Tufekci put it in a NYT op-ed.

And yet the education/technology industry (press) still talked about YouTube as the future of education, cheerfully highlighting (that is, spreading) its viral bullshit. Folks still retyped the press releases Google issued and retyped the press releases Facebook issued, lauding these companies’ (and their founders’) efforts to reshape the curriculum and reshape the classroom.

This is the ninth year that I’ve reviewed the stories we’re being told about education technology. Typically, this has been a ten (or more) part series. But I just can’t do it any more. Some people think it’s hilarious that I’m ed-tech’s Cassandra, but it’s not funny at all. It’s depressing, and it’s painful. And no one fucking listens.

And yet here we are, with Mark Zuckerberg – education philanthropist and investor – blinking before Congress, promising that AI will fix everything, while the biased algorithms keep churning out bias, while the education/technology industry (press) continues to be so blinded by “disruption” it doesn’t notice (or care) what’s happened to desegregation, and with so many data breaches and privacy gaffes that they barely make headlines anymore.

I’m also writing a book, and frankly that’s where my time and energy is going.

There is some delicious irony, I suppose, in the fact that there isn’t much that’s interesting or “innovative” to talk about in ed-tech, particularly since industry folks want to sell us on the story that tech is moving faster than it’s ever moved before, so fast in fact that the ol’ factory model school system simply cannot keep up.

Does this look familiar? Students lined up in rows. A teacher in front of a blackboard. Sit down; don’t talk; eyes up front. Wait for the bell. Walk to the next class. Everything about our lives has moved beyond the industrial era. But American education largely hasn’t. #SXSWEDU pic.twitter.com/kyy2r7bTud

I’ve always considered these year-in-review articles to be mini-histories of sorts – history of the very, very recent past. Now, instead, I plan to spend my time taking a longer, deeper look at the history of education technology, with particular attention for the next few months, as the title of my book suggests, to teaching machines – to the promises that machines will augment, automate, standardize, and individualize instruction. My focus is on the teaching machines of the mid-twentieth century, but clearly there are echoes – echoes of behaviorism and personalization, namely – still today.

In his 1954 book La Technique (published in English a decade later as The Technological Society), the sociologist Jacques Ellul observes how education had become oriented towards creating technicians, less interested in intellectual development than in personality development – a new “psychopedagogy” that he links to Maria Montessori. “The human brain must be made to conform to the much more advanced brain of the machine,” Ellul writes. “And education will no longer be an unpredictable and exciting adventure in human enlightenment , but an exercise in conformity and apprenticeship to whatever gadgetry is useful in a technical world.” I believe today we call this "social emotional learning" and once again (and so insistently by the ed-tech press and its billionaire backers), Montessori’s name is invoked as the key to preparing students for their place in the technological society.

Despite scant evidence in support of the psychopedagogies of mindsets, mindfulness, wellness, and grit, the ed-tech industry (press) markets these as solutions to racial and gender inequality (among other things), as the psychotechnologies of personalization are now increasingly intertwined not just with surveillance and with behavioral data analytics, but with genomics as well. “Why Progressives Should Embrace the Genetics of Education,” a NYT op-ed piece argued in July, perhaps forgetting that education’s progressives (including Montessori) have been down this path before.

This is the only good grit: 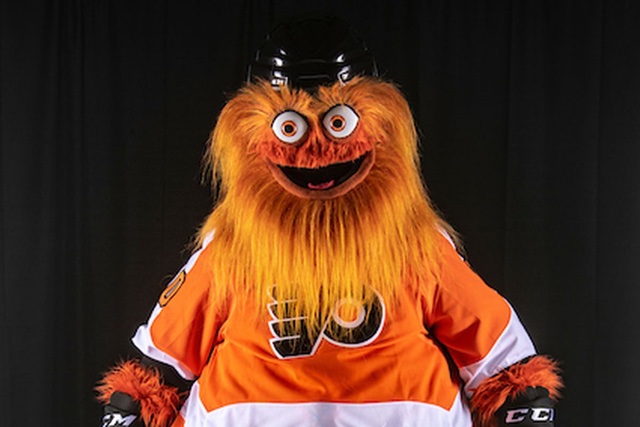 If I were writing a lengthier series on the year in ed-tech, I’d spend much more time talking about the promises made about personalization and social emotional learning. I’ll just note here that the most important “innovator” in this area this year (other than Gritty) was surely the e-cigarette maker Juul, which offered a mindfulness curriculum to schools – offered them the curriculum and $20,000, that is – to talk about vaping. “‘The message: Our thoughts are powerful and can set action in motion,’ the lesson plan states.”

The most important event in ed-tech this year might have occurred on February 14, when a gunman opened fire on his former classmates at Marjory Stone Douglas High School in Parkland, Florida, killing 17 students and staff and injuring 17 others. (I chose this particular school shooting because of the student activism it unleashed.)

“Does It Make More Sense to Invest in School Security or SEL?” Edsurge asked its readers this summer. Those are the choices – surveillance or surveillance.

What an utter failure of imagination.

But there you have it, folks. I’m done.